This is no way to start the day.

According to a post on twitter via MA Department of Transportation, environmental protestors plan to block several routes starting at 7am on Wednesday. 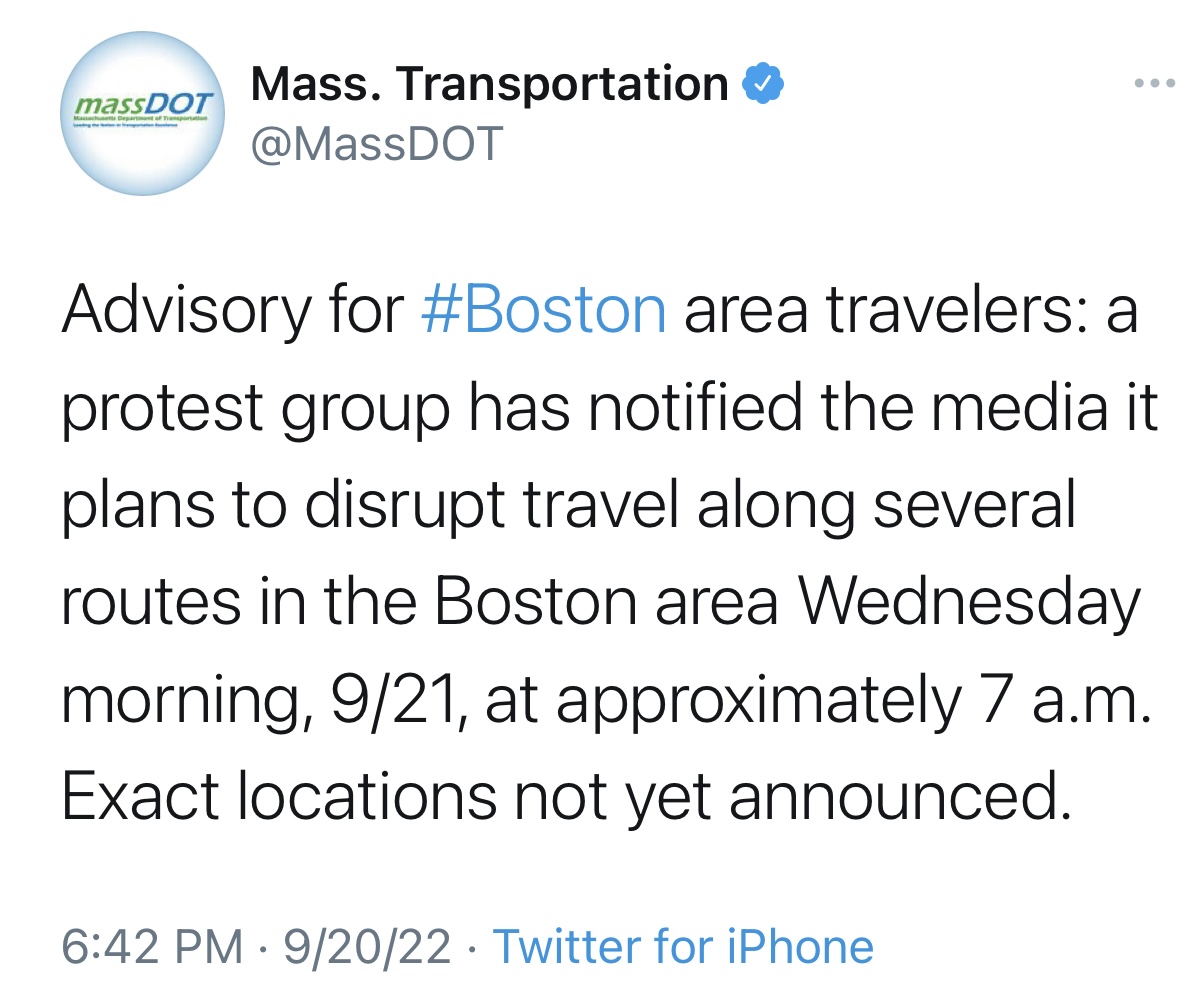 Mass Live is reporting that the group behind the protest is Extinction Rebellion – “a politically non-partisan international movement movement that uses non-violent direct action to persuade governments to act justly on the Climate and Ecological Emergency.”

Extinction Rebellion’s website informs protestors to meet at Post Office Square at 7am and will start the march through downtown Boston at 7:30am. Looks like there will be a giant sun puppet plus color banners and flags as part of the protest – so at least there will be something “fun” to look at while stuck in traffic.

“Coffee and donuts will also be available for the Morning Rebels.”