Aw yeah! It’s National Cheeseburger Day on September 18th! Whether you like it with the works or just a little ketchup, today is your perfect excuse to eat one!  We are sharing our picks for the best cheeseburgers around town! Check out our roundup here!

Be Informed.  Get involved. Michaels Development will host an informational meeting on Wednesday, September 18th at 7pm to  discuss a proposed development project of the old Phillips Old Colony House and Freeport Tavern at 780 Morrissey Boulevard.  The meeting will start at 7 p.m. at the Old Colony House.

Hop on your bike and head to Peabody Square on Saturday, September 21st from 5pm-9pm for the 2019 Bike and Brew! This fun, family-friendly festival will showcase Dot’s cycling community, a beer garden featuring Dorchester Brewing Company, in addition to local food trucks Farm Girl Food Truck and Tacos Don Beto.  Enjoy music by The Tomohiro Mori Band and the The Ray Lirano Experience.

Get your lederhosen ready

It’s that time of year – cooler temperatures, leaves changing color and Oktoberfest! Dorchester Brewing is celebrating the official Oktoberfest Kick-Off with lots of fresh Oktoberfest beer. If you needed any excuse to wear that German lederhosen and dirndls hanging in your closet, then now’s your chance! This festive celebration with expanded capacity (plenty of room for all!) will make you feel like you’re in Munich including a live German band, traditional food and all things Oktoberfest!  So, get your German beer drinking gear on and get ready to party!  The fun happens on September 21st from 11:30am-11pm.   The first 300 people will receive a glass commemorate mug with purchase of a beer!  Check out the schedule here!

On Saturday, September 21st, the Polish American Citizens Club will be holding its 80th Anniversary Gala and Fundraiser. Opened in 1939, the Boston Street building has been a fixture in Boston’s Polish Triangle and a gathering spot and social club for Polish and Polish-Americans from all over the greater Boston area. Over the past five years, a new generation of leadership has worked to ensure the Club has the financial and physical ability to meet its mission and has made strides to engage with the changing community around them, like hosting Polish Fest Boston and partnering with Dorchester Brewing on a paczki-inspired beer recipe. Event starts at 8pm and will include food and a live band. Tickets are $100 per person. Sponsorship opportunities are also available, starting at $500.

Things You Should Know This Week – September 30th 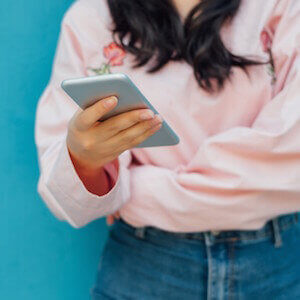 Things You Should Should Know This Week – June 1st

Photo of the Week: Power of Public Park Space