Massachusetts State Police posted on social media on Tuesday morning around 10:45am that a trooper spotted a suspected carjacker in Dorchester.  The suspect was wearing a ski mask and sunglasses while driving, refused to stop and crashed into three other cars. See update below 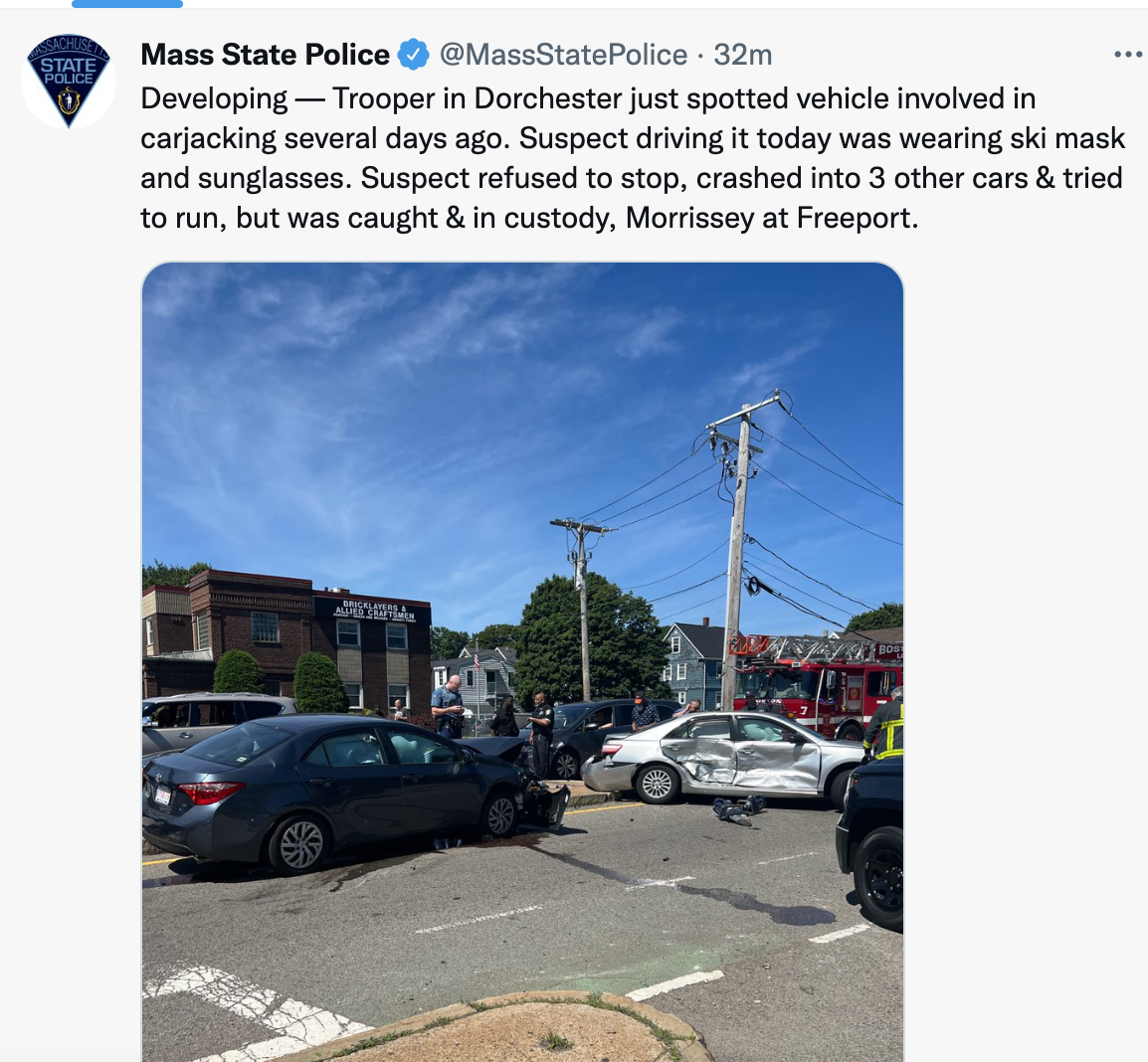 Le will be arraigned in the Dorchester Court.