“Bill, let’s keep it real… The Boston Globe defeated Arroyo not Hayden. Hayden is totally inept and lacks the integrity to serve as DA. Interestingly your paper NEVER challenged Hayden on his lying re: the Transit Police case. Hayden tried to dump the matter & got caught” 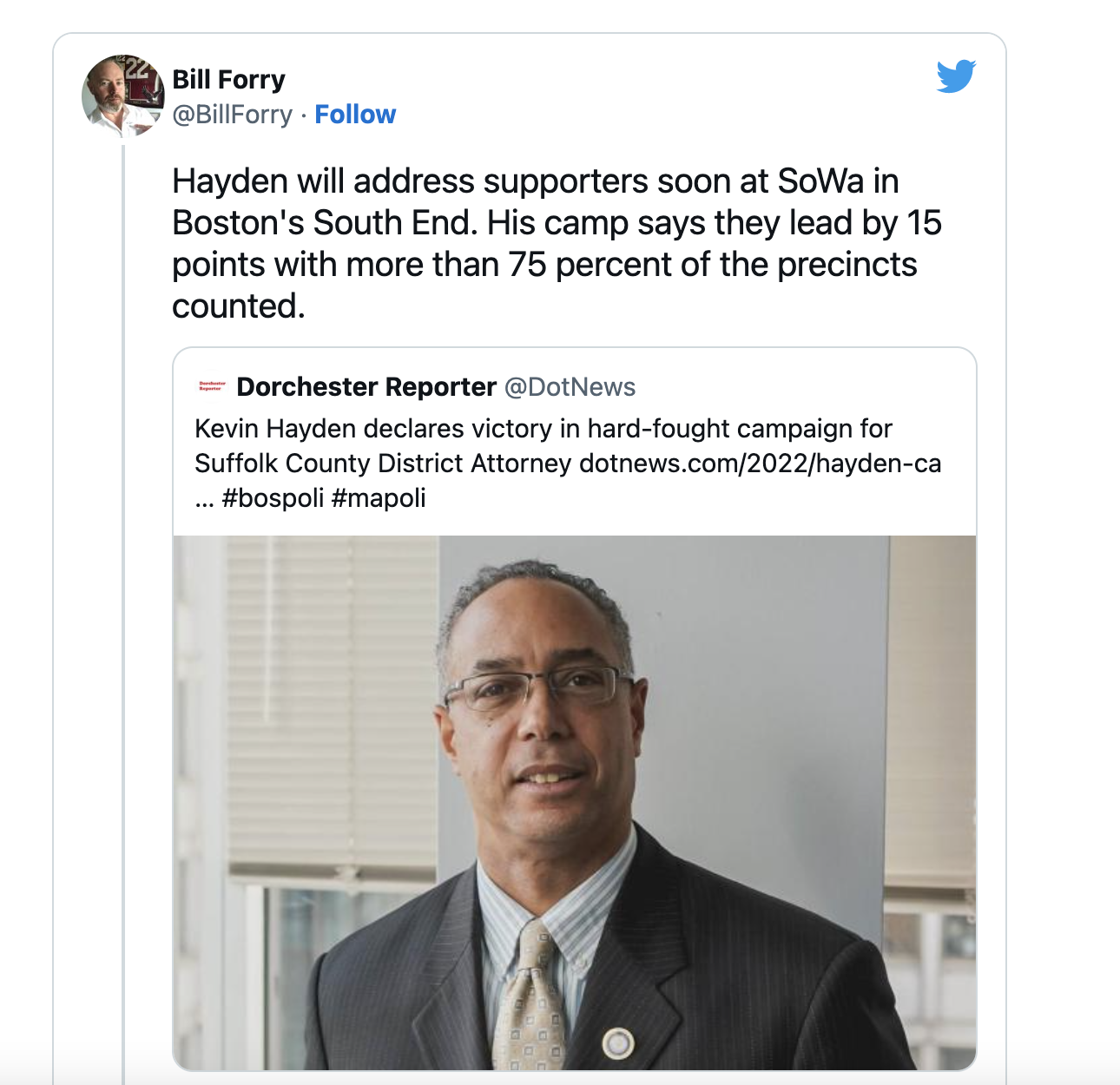 Live Boston posted about it on Wednesday after receiving “numerous screenshots” of the now deleted tweet.

Needless to say MBTA spokesman Joe Pesaturo stated to the Boston Herald that the tweet “was an inappropriate and unintentional use of the police department’s official social media account, and it will not be repeated.”

Live Boston believes that MBTA Transit Police Supt. Richard Sullivan, the department’s media spokesman, was behind the tweet. The Herald reached out to both Sullivan and Pesaturo and asked who wrote the tweet in question, but no response was given.

The race between Hayden and Arroyo for DA was a battle to say to the least. And clearly there is a rift between MBTA Transit Police and Hayden. You can read more details about this here.