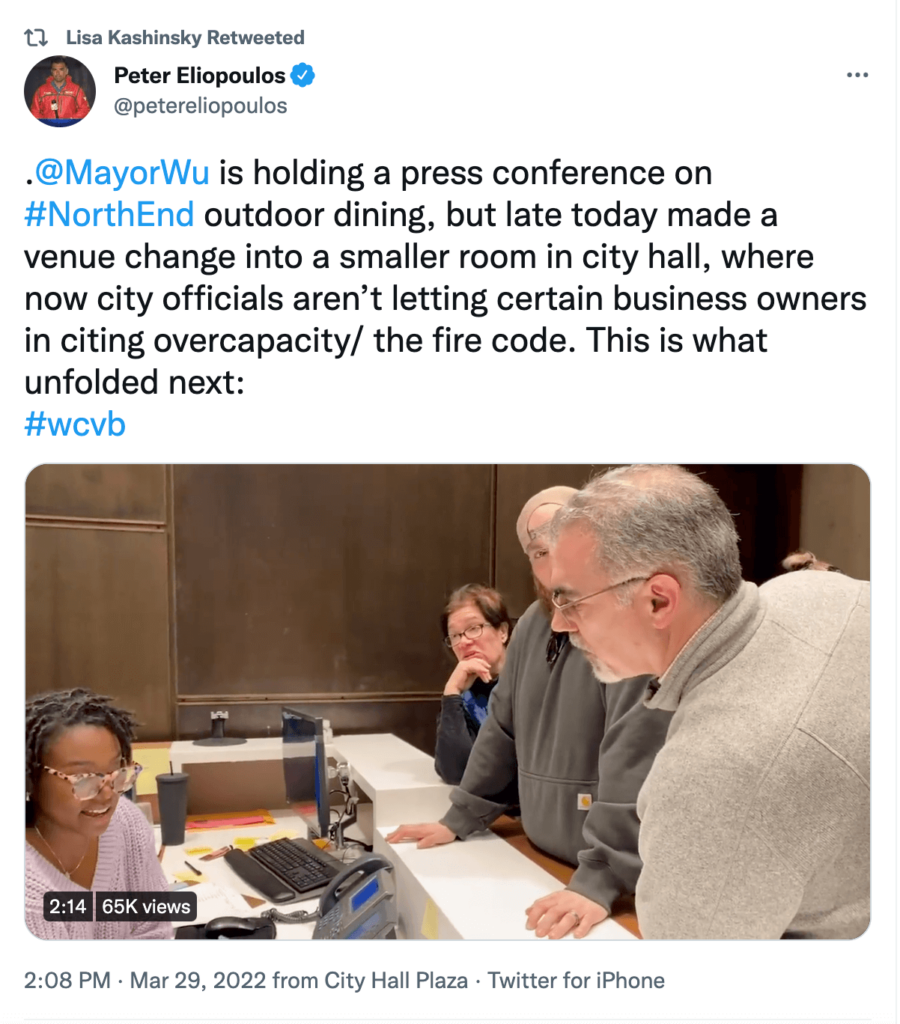 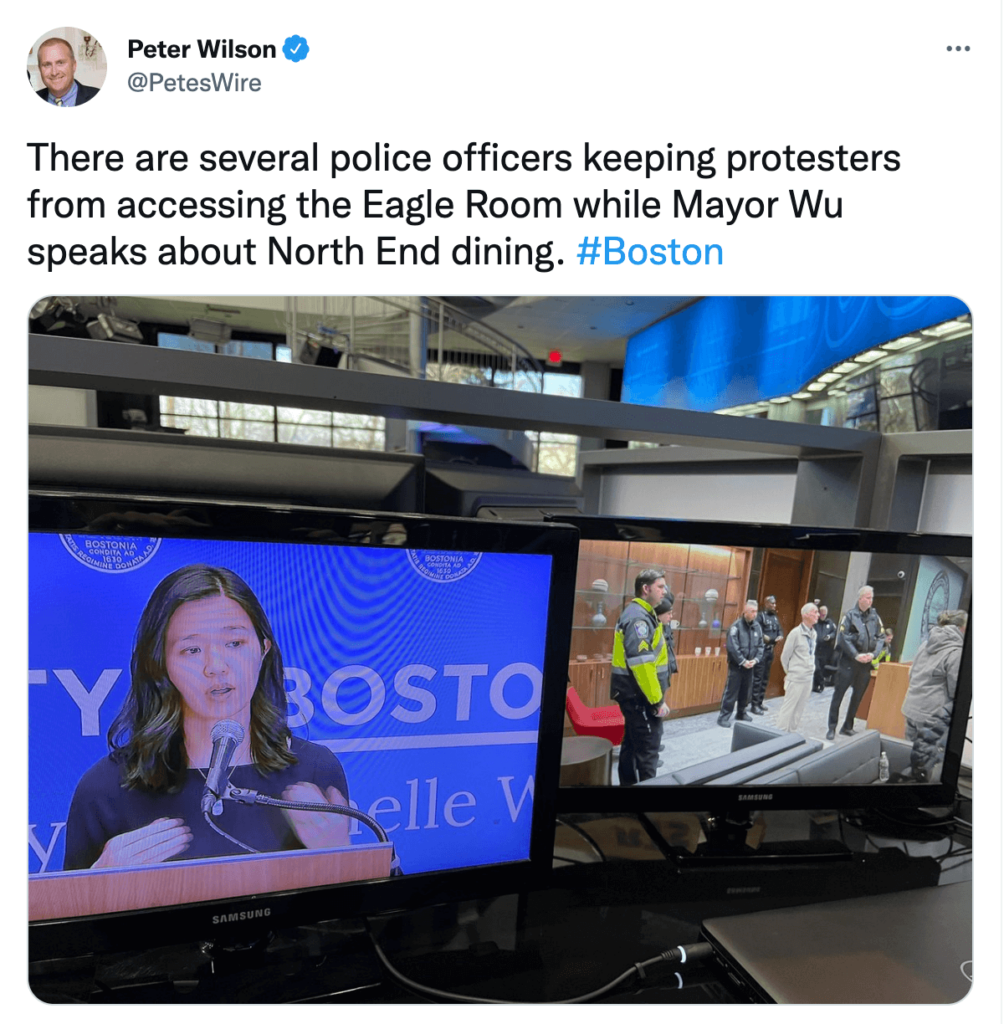 Some changes were announced during the press conference.  You can read about them below! As for the rest of the city, outdoor dining can begin this Friday – no charges have been implemented in any other neighborhoods. You can read the full Boston Globe article here.

“I am grateful that so many of our restaurant owners see that there is tremendous value in generating the resources necessary to do outdoor dining differently this year in the North End, to do it right,” said Mayor Michelle Wu. “We are going to continue to be in conversation about all the different things our neighborhoods need.”

Mayor Wu announced that the $7500 fee for outdoor dining in the North End can be paid in monthly increments. Restaurants will only be required to pay for the months that they choose to participate in the program. In addition, she also announced a process for restaurants to apply for a hardship rate based on a variety of factors. The City will determine whether an establishment qualifies for a discount based on their location, the size of their patio space, and if the establishment does not have a liquor license.

“Having over 90 liquor licenses in such a small residential community has always been a challenge, but with outdoor dining it has become particularly daunting for all of us,” said State Representative Aaron Michlewitz. “Expanding a restaurant onto a street may not seem like a big deal in other parts of the city, but it’s a big deal in the North End. At the same time, we’re very grateful for the contributions and generosity of our local restaurants.”

“Outdoor dining has been a pain point for many residents in the North End. I’m glad to see us come together to try to figure things out,” said State Senator and City Councilor Lydia Edwards. “If outdoor dining is going to happen in the North End, there needs to be mitigation factors added so that it can be a place to visit and a place to live.”

“I think it’s great that we can work together with the city and find a resolution that benefits us all,” said local restaurateur Nick Varano. “We have to do what’s best for the residents of the neighborhood that live there year-round. If we can have cleaner streets, more safety, and a better living environment we benefit as business owners. I’m happy we can find a way to work together.”

“Thanks to Mayor Wu and her team for hearing the concerns of small operators in the North End,” said local restaurateur Phil Frattaroli. “We share her goal of making outdoor dining in the North End safe and sustainable for residents, the City, and our small business community.”

Last year, the North End was home to 77 outdoor dining patios (70 on public property) in just 0.2 square miles, compared to 51 patios in Back Bay (21 on-street), 14 in the Seaport, seven in Roxbury, six in Charlestown, and just one patio in Chinatown. The neighborhood is home to the densest concentration of restaurants in the state.

The Outdoor Dining Program is a citywide initiative that allows restaurants the use of expanded public space for outdoor dining. In close collaboration with residents across Boston, Mayor Wu announced a series of significant changes to the 2022 Outdoor Dining Program. These changes include:
• New closing hours;
• Sunday – Thursday at 9:30 p.m.(all patrons off premises by 10:00 p.m.) and Friday and Saturday at 10:30 p.m. (all patrons off premises by 11:00 p.m.)
• Updated barrier safety requirements;
• Updated fire safety guidance;
• New insurance requirements;
• An evacuation plan

The full guidance can be found here. Translations of the guidance are available upon request. To request a translated version, please email [email protected].

The City’s approach to permitting the use of public spaces has helped Boston stay active and vibrant as we recover from the pandemic while strengthening ways to address neighborhood concerns. With the Mayor’s focus on encouraging folks to return downtown, the City continues to look for ways to make Boston’s streets more inviting and sustain the success of making the City’s public spaces more usable and accessible for residents and visitors.

Restaurants and small businesses are an integral part of the City’s urban fabric, and the City looks forward to continuing our partnership in revitalizing our neighborhoods.