According to a tweet by Lisa Kashinsky – a political reporter for Politico – there was some campaign dirty tricks happening on Sunday in South Boston.  Mayoral candidate Michelle Wu’s campaign stated that residents from the local housing developments showed up with fliers in hand looking for a promised $100 gift card to hold sign at an event with Senator Ed Markey. 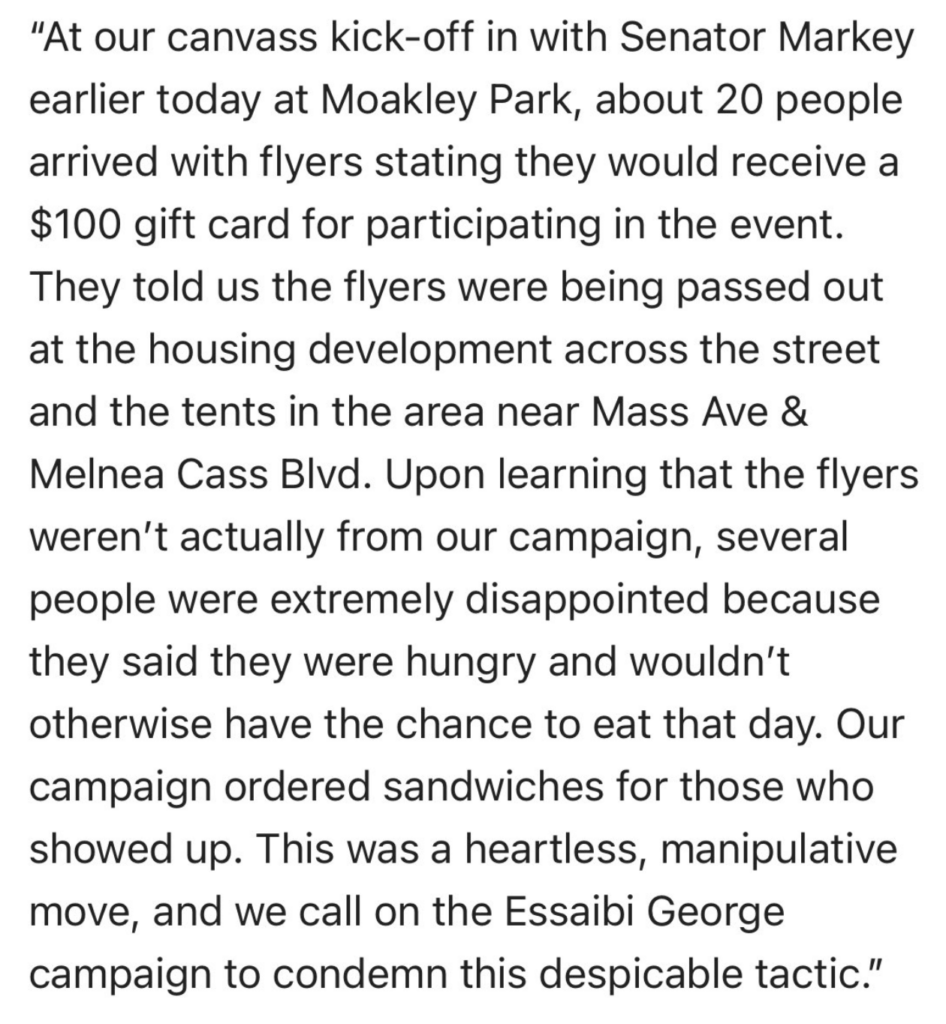 Needless to say, twitter erupted into finger pointing with each mayoral campaign blaming the other.  Both campaigns have denied involvement in the distribution of the fliers.

5 Things You Should Know This Week – December 6th