Just an FYI.  The MBTA evidently closed the Columbia Road and Sydney Street (at Crescent Ave.) Entrances to the JFK/UMass Red Line Station. The reason for the closures? After an inspection last weekend by the MBTA, a critical structural issue was discovered. The closures are expected to be for a least a month while MBTA engineers develop plans to renovate the concourse. According to the Dorchester Reporter, similar issues were also found at Savin Hill Station.

One Red Line Commuter found out the hard way: 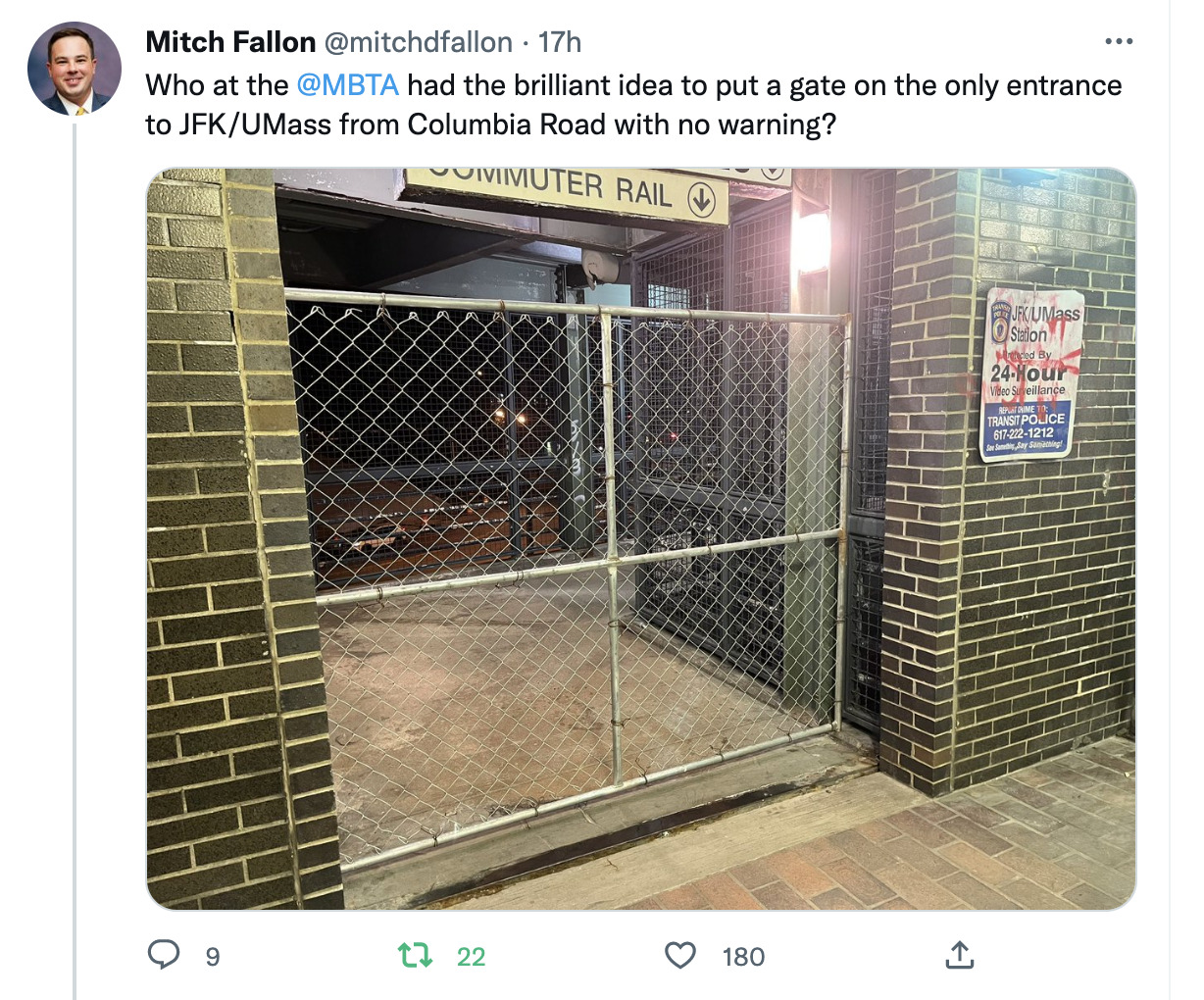 Back in 2021, the state completely removed one entrance – an old rusty stairway to Old Colony Avenue – after a Boston University professor died falling through it last September.

A wrongful death lawsuit was filed last week by the professor’s wife against the MBTA and the state’s transportation department.

The confusion continued on Twitter re: where riders can enter the station. 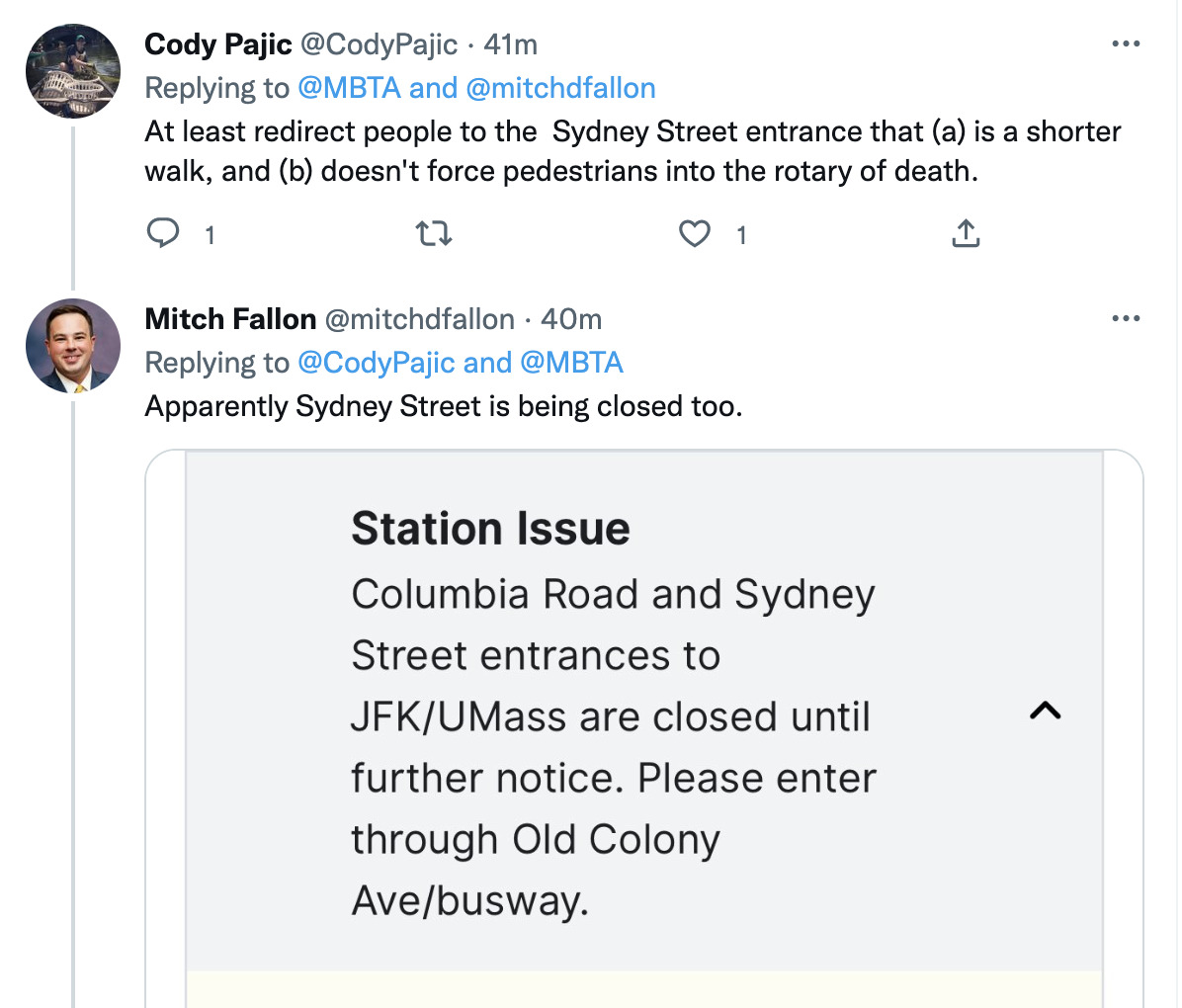 Needless to say Red Line riders are less than pleased: 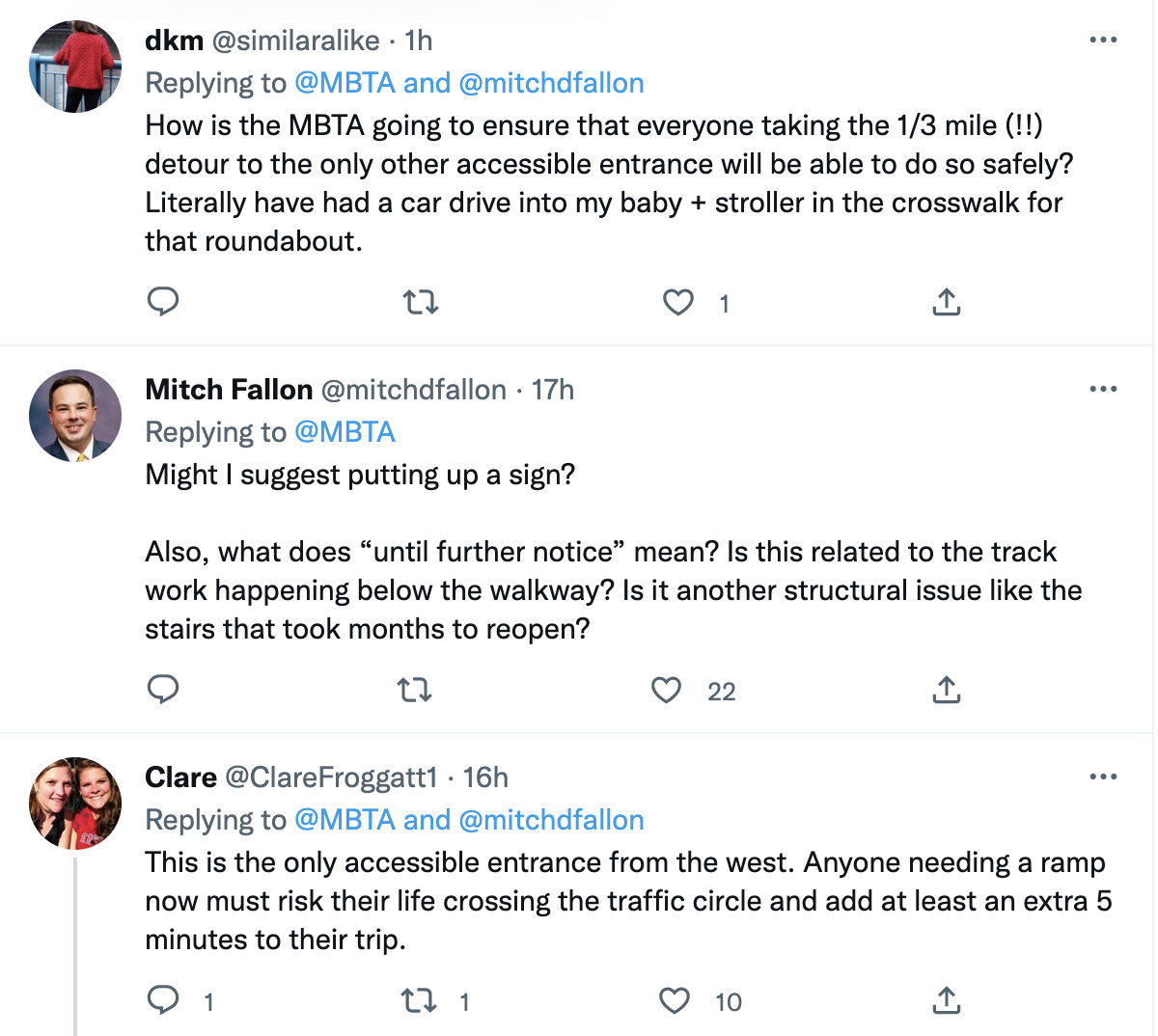 The Sidney Street at Carson Street entrance is still open. Evidently, it’s going to be tricky getting into the station.

special thank you to Erin for the info.