Are you surviving the beginnings of Election Season? Have you signed many nomination papers yet? Remember, candidates only have until May 18th to collect all the signatures they need to run for office. Exciting times!

Here at Caught in Southie / Caught in Dot we will be providing you with a recap of some of the politics & election stories that caught our eye and that we think you should know about. Okay, here we go:

The City Council voted to move the Preliminary Election this year from September 21 to September 14, so the Elections Department can have more time to deal with mail-in ballots for the general election on November 2nd.

Acting Mayor, and 2021 Mayoral Candidate, Kim Janey announced that the city will delay most of the state’s reopening guidance by three weeks to make sure we are as safe and as healthy as we can be. An example of the delay: people can go to a bar in most of the Commonwealth starting May 29th and not have to order food, while in Boston that happens on June 19th.

“I believe the reopening timeline put forth by the State is safe for Boston to adhere to. Our infection rates, hospitalization rates, and vaccination rates are in a good spot. We can’t keep kicking the can down the road and allow our struggling workforce and small businesses to suffer. If experts are saying it’s fine to reopen, I’m good with reopening. I say this really believing that it is safe to do so. Our neighbors are reopening and I personally don’t want to see my neighbors driving over bridges to enjoy a meal in their restaurants. I want them enjoying a meal right here in our city.”

City Councilor, and 2021 Mayoral Candidate, Andrea Campbell and the Boston Police Patrolmen’s Association clashed on Twitter this past week. Read all about it here!

John Barros, Boston’s former Economic Development Chief and 2021 Mayoral Candidate, has called on the city of Boston to disclose all internal investigations into accusations of sexual assault by Boston police officers for the past 30 years.

According to 7 News, Mayor Janey is as fed up with dirt bikes as many residents of Boston are:

Do you have videos/photos of people illegally riding dirt bikes in Boston? Mayor Kim Janey is urging residents to report them due to the impact they’re having on the quality of life in some neighborhoods.

City Councilor Ed Flynn and At-Large Councilor Michael Flaherty (both running for reelection this year) are calling for a hearing to increase the fines owners of “problem properties” would have to pay: 1st offense-$1000, 2nd-$2000, 3rd-$3000.

City Councilor At-Large, and 2021 Candidate for Mayor, Michelle Wu called for the City of Boston to electrify its school bus fleet by 2030. The Boston Public School transportation fleet uses nearly 60% of all the diesel fuel consumed by the City government. Pollution from diesel fuel causes asthma and other respiratory diseases, heart disease, and cancer!

Bridget Nee-Walsh, City Council At-Large candidate, is the owner of Southie’s Own on West Broadway and Babe Mannion’s Irish Shoppe in Dorchester. She was the subject of a Caught in Southie feature in 2016.

Whew! Well there you go and we have barely scratched the surface! There are many candidates vying to get on the ballot to represent South Boston, Dorchester and the rest of Boston. If you have any candidate tips, candidate sightings, or election news DM me on twitter or send me an email at [email protected] 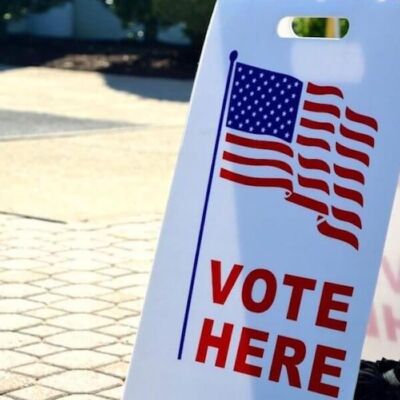 Early Voting in the City of Boston starts this weekend