BPS announced on Monday morning that an adult employee with Boston Public Schools has monkeypox. 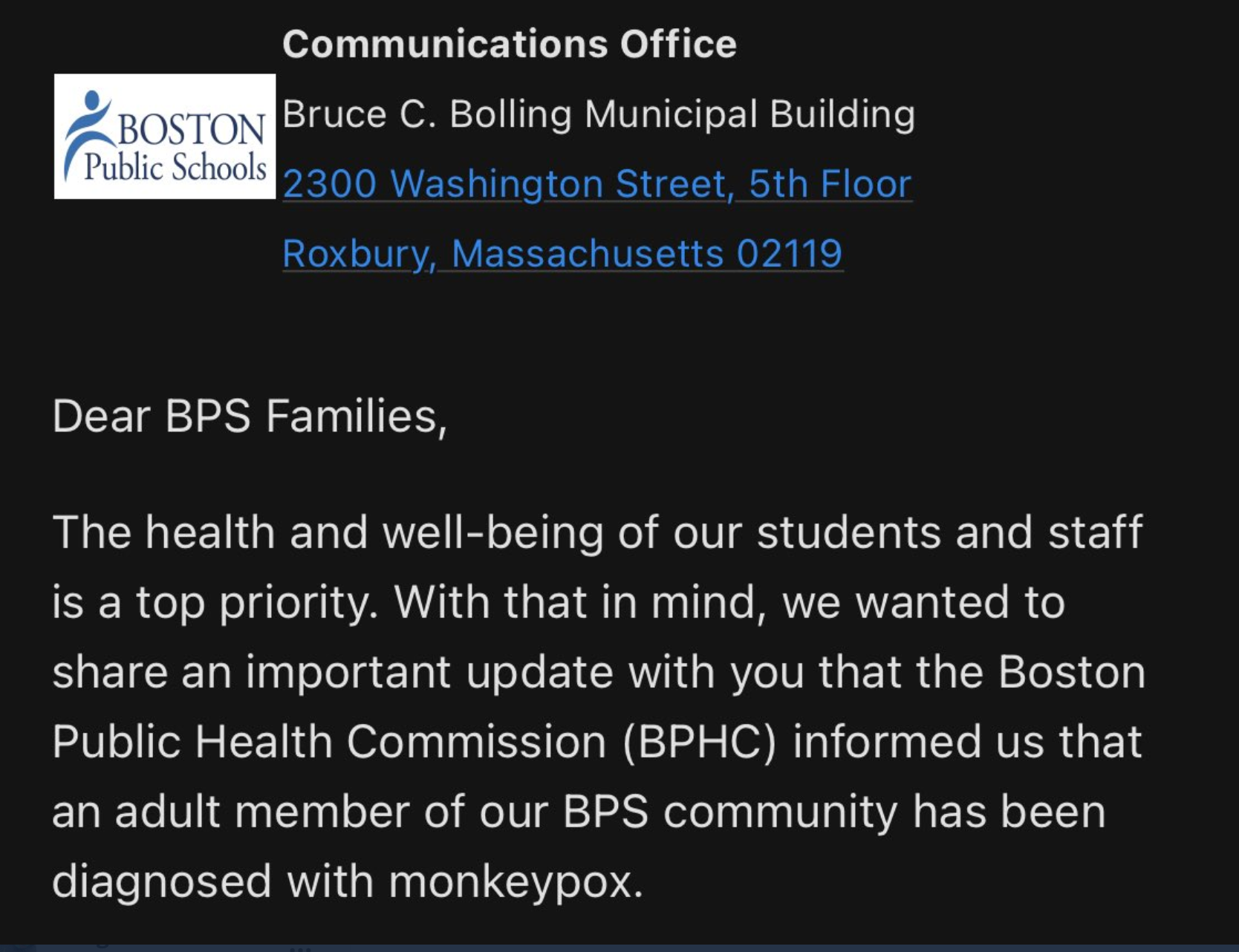 BPS is working to identify anyone who might have been exposed to the virus. Monkeypox spreads through close physical contact, and BPS told families that the risk of monkeypox transmission in schools remains very low.

BPS did not announce which school the person works at or what their role is at Boston Public Schools – other than it’s  a staff member.  They did explain to BPS families that, if they haven’t gotten a call or other communication from their student’s school, it’s not impacted.

The infected person will remain home until Boston Public Health Commission guidelines say it’s safe to return, and people who are known contacts will be offered the chance to get vaccinated.