At about 8:45 PM, on Wednesday, March 2, 2022, officers assigned to the Youth Violence Strike Force, along with the Massachusetts State Police, conducted a traffic stop that resulted in the firearm arrest of Jamal Garcia, 21, of Boston in the area of 23 Adams Street in Dorchester.

While on patrol, officers observed a motor vehicle with excessively dark window tint traveling on Quincy Street. Officers conducted a traffic stop of the vehicle and approached the driver, later identified as Jamal Garcia. 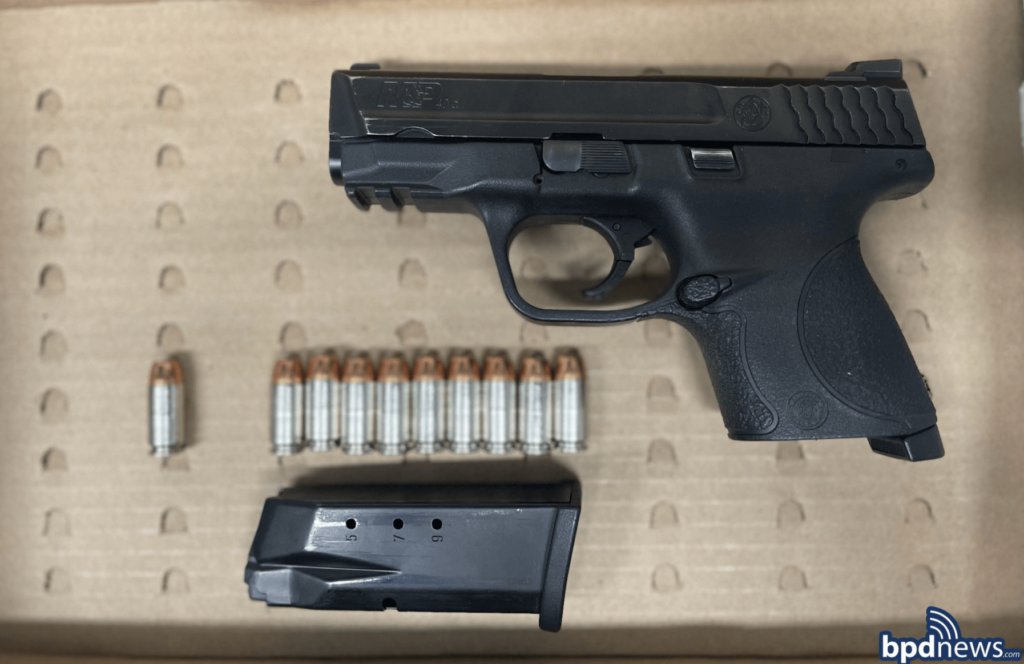 Officers observed Garcia nervously reach towards the gear shift several times, so he was removed from the vehicle for officer safety. After further investigation, officers recovered a loaded Smith & Wesson M&P 40c, with one round in the chamber and nine rounds in the magazine from the gear shift/center console area.