A man stumbling under the influence with a gun in Fields Corner arrested on Sunday morning.

About 10:17am on Sunday, January 24, 2021, officers assigned to District C-11 (Dorchester) responded to a radio call for a person with a gun in the area of Bowdoin Street and Geneva Avenue, Dorchester. The caller provided a description of the suspect, stated that he was seen walking towards Fields Corner, and he looked as though he may be intoxicated.

A responding Sergeant observed a male, matching the suspect description, walking on Westville Street towards Draper Street. The male was stumbling as he walked while talking to himself, and he appeared to be under the influence of alcohol or some other substance. The Sergeant exited his cruiser and approached the male in front of 8 Draper Street. The Sergeant conducted a pat frisk, which revealed a black firearm in the waistband of the suspect. The firearm, a SCCY, CPX-1 9mm was loaded, with (1) round in the chamber and (9) rounds in the magazine. 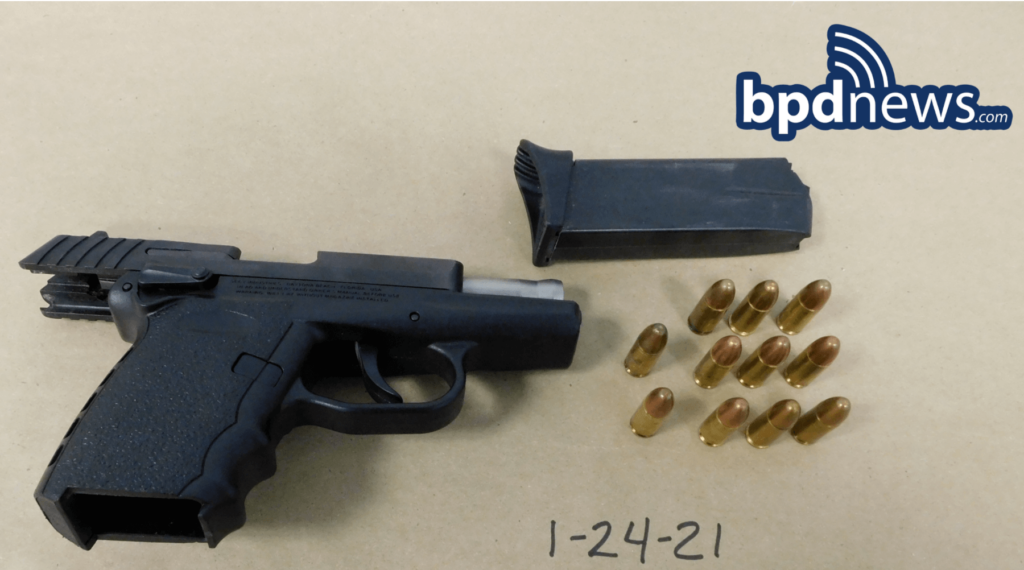