We all know that 2021 is not off to the best of start, so why not this?  One CID reader sent us this photo of what they believe to be a UFO floating above Coleen’s Flower Shop on Dot Ave on Tuesday night.

The Dorchester resident was taking a photo of his current location with his phone to send to his roommates to show where he was in the neighborhood. Evidently, they were rushing him to get home to watch the Tiger Woods documentary and wanted to know his exact whereabouts.

Later, upon a closer look at the photo he sent, they noticed what appears to be a strange blue orb in the sky.  Here’s a zoomed in photo: 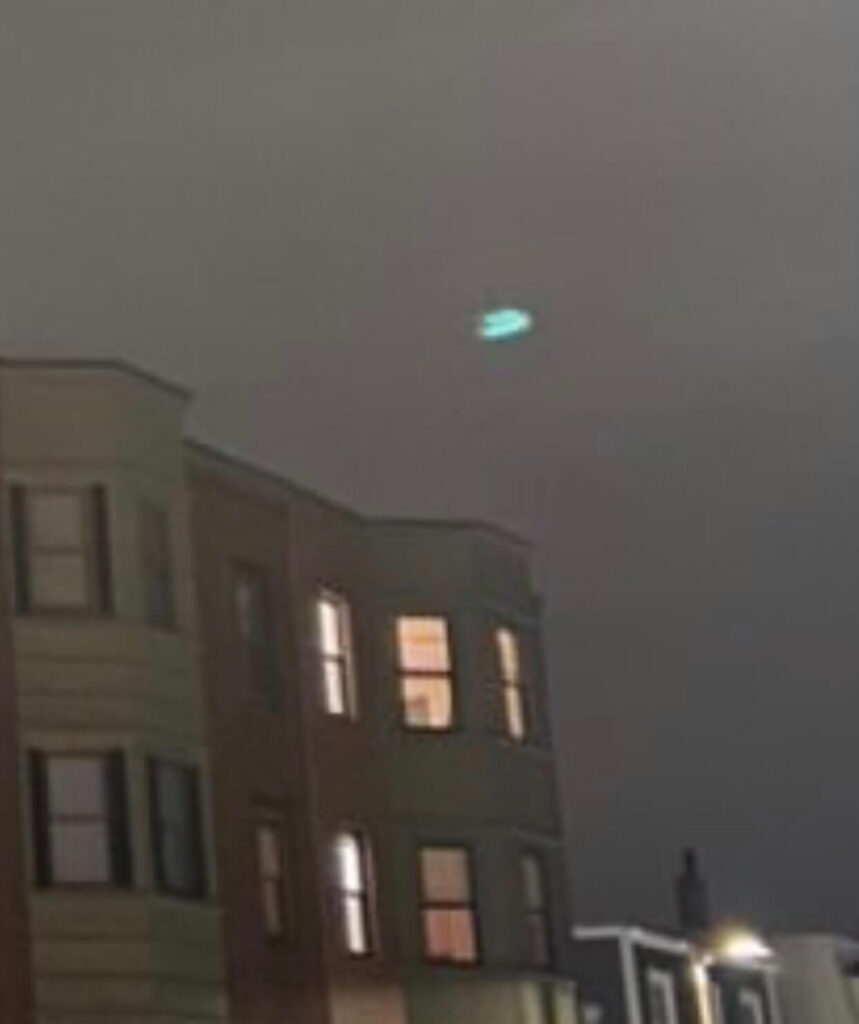 Has anyone else spotting anything strange in the sky lately?