Batten Down the Hatches

After 30 years, New England could face a direct hurricane hit since Hurricane Bob. Tropical storm Henri is heading our way and it looks as though it may in fact whip up into a category 1 hurricane as it approaches this area, and makes landfall on Sunday. Forecasters believe there is increased risk of storm surge, wind, and rain and of course flooding. 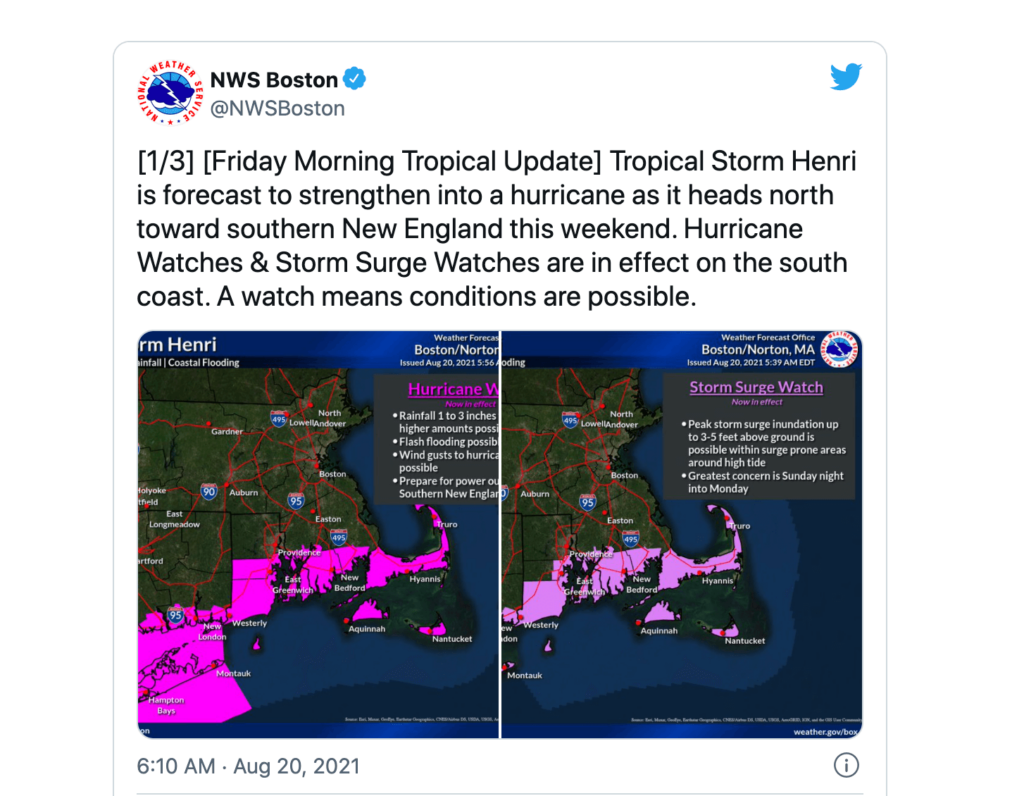 So when is this all going down?

According to the National Weather Service, heavy rainfall could lead to flash, urban, and small stream flooding over portions of southeastern New England Sunday into Monday. Tropical-storm-force winds could arrive in Massachusetts by Sunday morning, and in some areas as early as Saturday night. 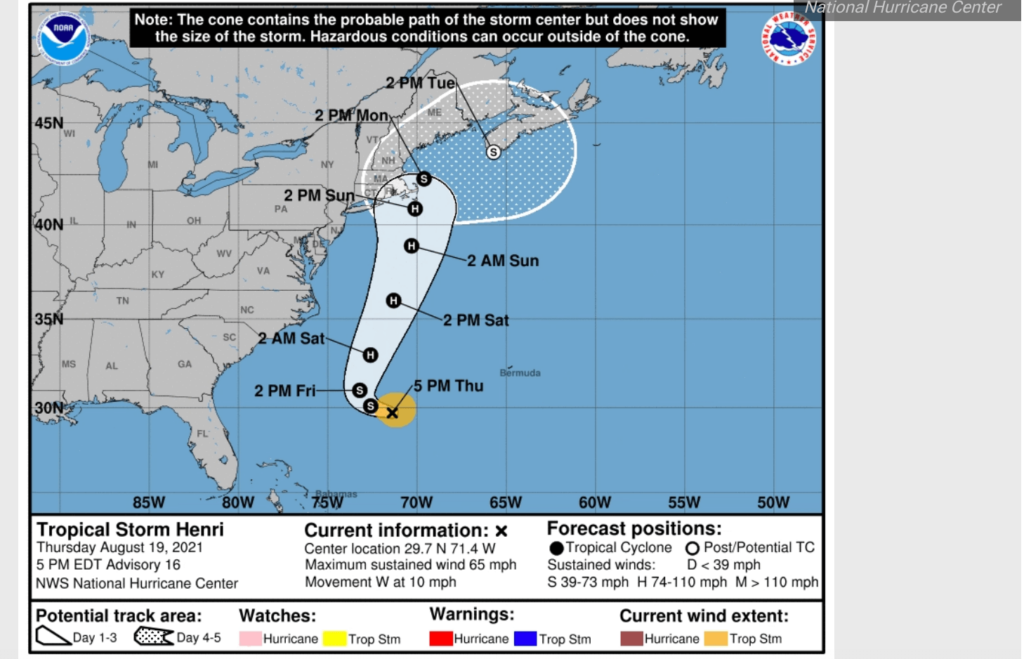 According to NBC10Boston, the highest threat is for Cape Cod and the Islands including damaging wind gusts of more than 40 mph, as well as storm surge flooding, significant beach erosion along the coast, high surf and rip currents as soon as Saturday. “But if Cape Cod and the Islands receive a direct impact, the wind speeds will be stronger and may reach close to 80 mph.” Yikes!

Governor Baker has asked all residents of Massachusetts to stay home.

Here locally in the neighborhood we could see flooding along the coast – hello, Morrissey Blvd. – so avoid the areas along the beach. Astronomical high tides are expected – here is the local tide chart.

We will update as we know more! Be safe out there!