Love it or hate it, the rainbow painted gas tank that greets you as you pass over the Beades Memorial Bridge on Morrissey Blvd. coming or going from Dorchester, is an iconic landmark.  The colorful and modern artwork was originally created by by a former nun turned graphic artist Corita Kent on the other gas tank.  Yes, there was time that there were two gas tanks.  It was the other one that had the iconic rainbow swash painted on it. According to the Boston Globe, it was the world’s largest copyrighted work of art. Six bold stripes of color – orange, yellow, red, blue, green and purple. 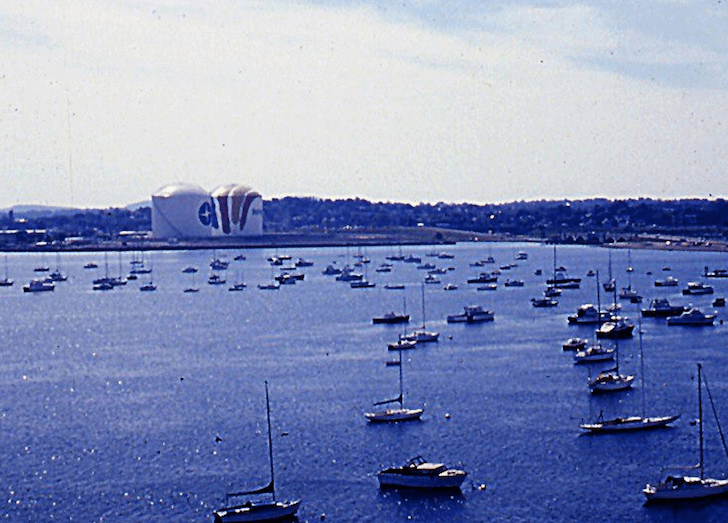 Then in the early 1990’s that tank was demolished and Kent’s artwork was duplicated on the second tank a few years later.

CNN just posted a story about Kent’s life and her bold and modern artwork this week.

Whether you see communist leader Ho Chi Minh or not in the controversial blue stripe, we’re lucky to have such a work of art in our neighborhood.