Paul made it! He completed his 220 mile journey from Boston to NYC pushing his drink cart! Congratulations!  A job well done! 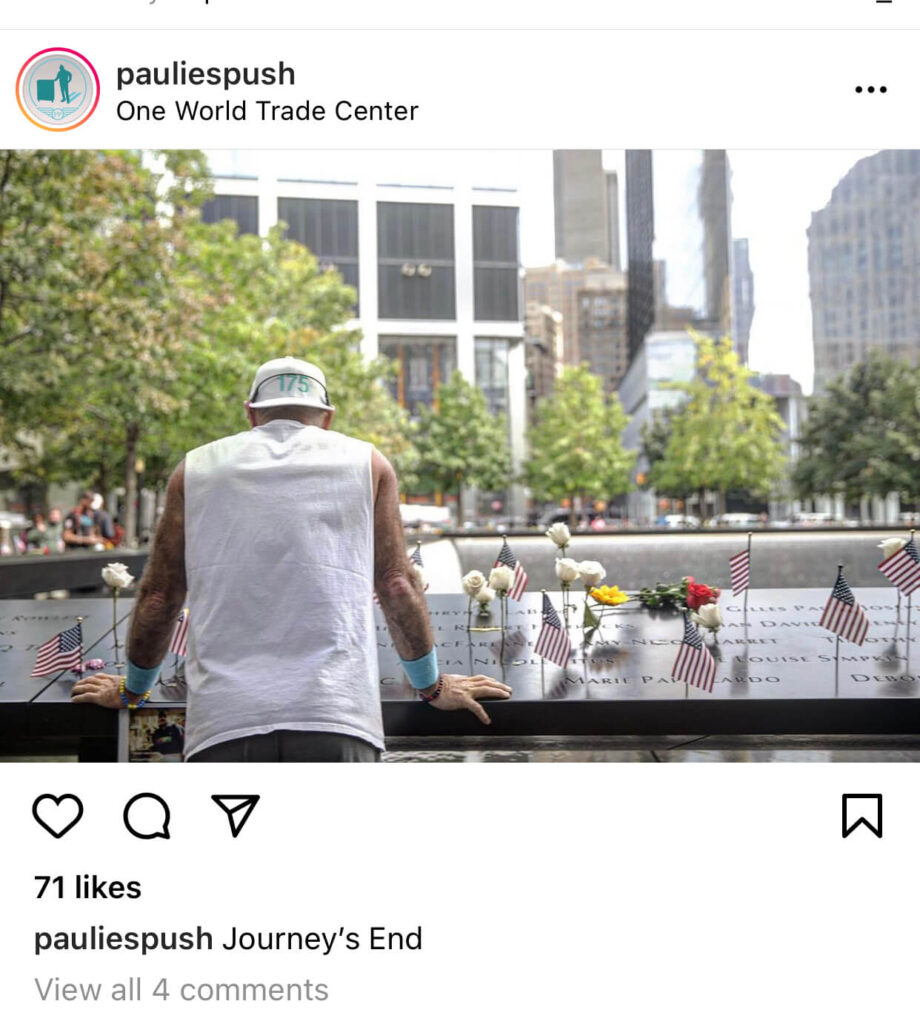 On Saturday, Paul Veneto left on his 220 mile journey from Boston to New York City pushing his drink cart! He left after a very moving ceremony at the Hilton Boston Logan Airport! US Labor Secretary and former Boston Mayor Martin Walsh was one of the speakers and he thanked Veneto for reminding people about the flight staffs.

You can follow his journey via his website and feel free to go out and find him and cheer him on!

Have you seen him?

This scene is not really something you see everyday.  A man pushing one of those airplane drink carts around a park in Dorchester.  Hmmmm…that’s strange. Well, Dorchester resident Billy Ryan had questions to he asked the gentleman.  Turns out his name is Paul Veneto – a retired flight who was working on 9-11. In honor of the 20th Anniversary of September 11th this year, Paul will be pushing this drink cart from Boston to New York. Holy Moly! He’s been training at Pope John Paul Park and the streets of Braintree for the past several months.

Paul, a Braintree resident – will start his walking journey on August 21st and will arrive in New York by September 11th. He’s doing it raise awareness of the bravery of his crewmates on United Flight 175, the second hijacked plane to crash into the twin towers of the World Trade Center that day, in addition to the flight attendants on the other three airplanes involved in the attacks. You can learn more about Paul’s journey on his website Paulie’s Push.

The Patriot Ledger has a story about Paul and his journey that you can read here!

So if you see Paul out and about pushing his cart for training, cheer him on! Image via Paulie’s Push on Instagram – follow for updates!