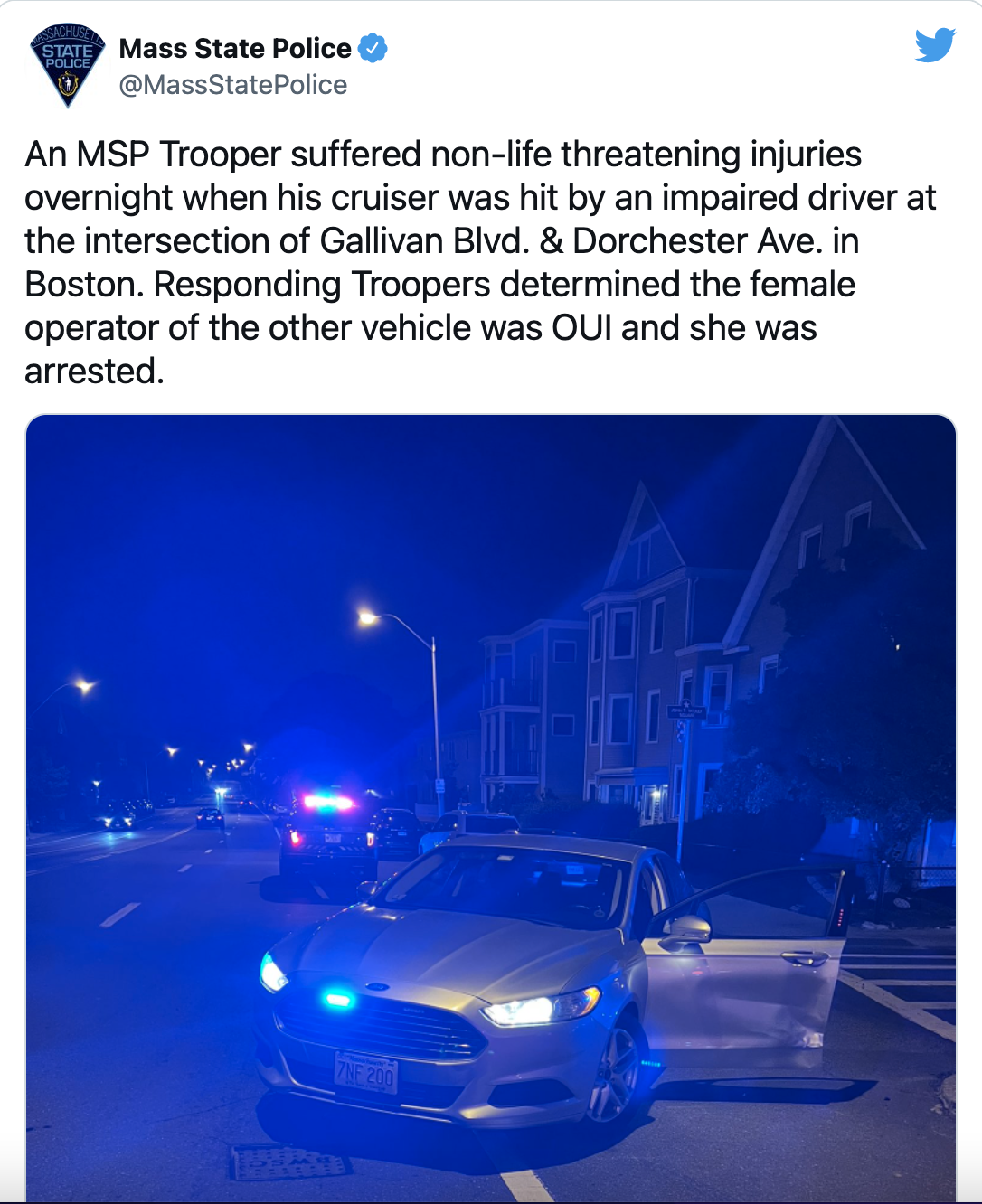 According to the Boston Globe, The trooper’s unmarked police vehicle was struck by a 2015 Nissan Sentra at the intersection of Gallivan Boulevard and Dorchester Avenue at 11:55 p.m.

The driver, Monet Greene, 36, of Canton, was charged with operating under the influence of alcohol and failure to yield at an intersection.