Race for Mayor of Boston gets even more interesting

If you’re a political nerd like myself, this mayoral election news will pique your interest.

On Thursday it was announced that Mayor Marty Walsh would be named the new US Secretary of Labor by President Elect Joe Biden (go Marty!) Well, with Walsh’s exit it means that the race for mayor was bound to get interesting with many names being floated for throwing a hat in the ring.

Well, things got even more interesting on Friday with City Councilor Ricardo Arroyo announcing that he is seeking to override a special election if Walsh leaves before March 5th.

According to the Boston Globe, If Walsh resigns before that date, the city would have to hold a special election this year, in addition to the regularly scheduled municipal elections coming up in September and November.

Arroyo posted his reasons why he’s filed a home rule petition with the state legislature: 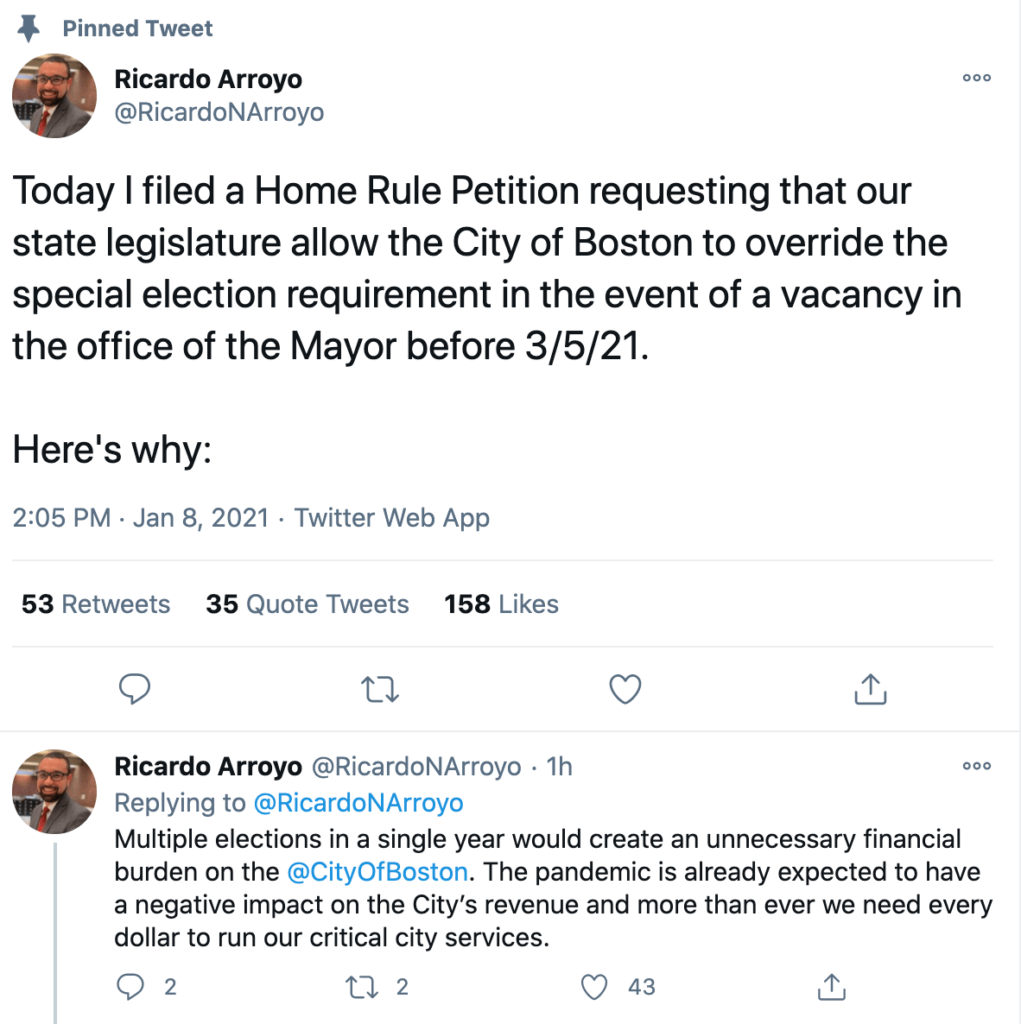 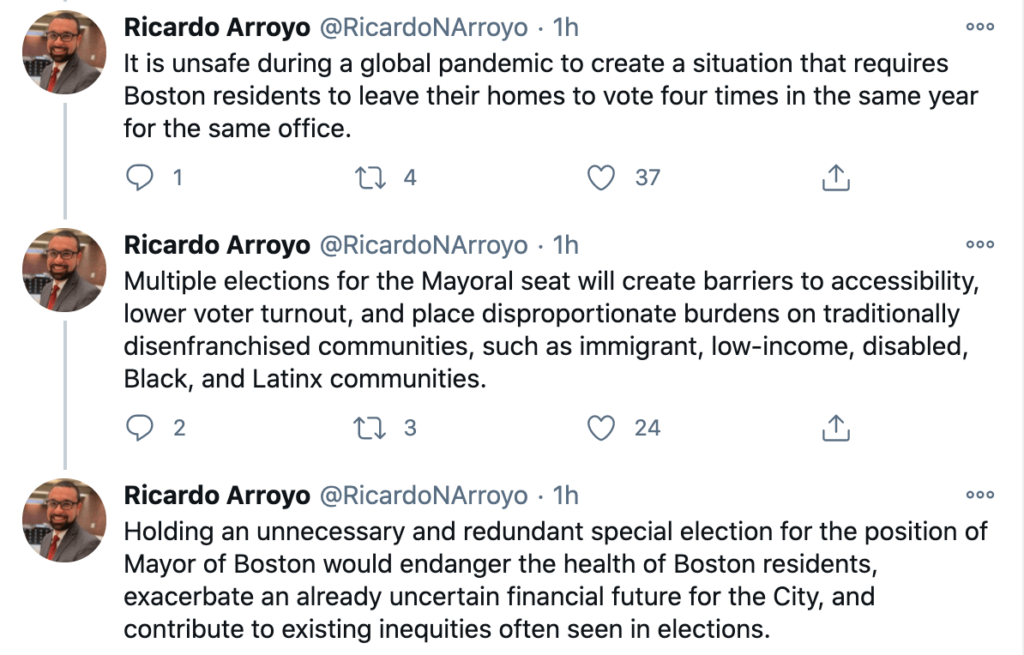 Well, if and when Walsh leaves his position as mayor it means City Council President Kim Janey – will be acting Mayor of Boston. She would be the first Black Bostonian and woman to serve in this role! Gaining the extra months in this role could serve Janey well.  She would have real-world experience as the mayor for potentially almost 9 months and it could give her an edge. Hmmm…

Mayor Tom Menino got his start as acting mayor back in 1993 when Mayor Ray Flynn left his position to become the Ambassador to the Vatican under President Bill Clinton. Menino ended up being Boston’s longest-serving mayor – serving from 1993 – 2014.

So who has entered the race?

Both City Councilor Michelle Wu and City Councilor Andrea Campbell previously announced back in September they would be running for mayor.  Other names being circulated include City Councilors Michael Flaherty, Ed Flynn, Annissa Essaibi George, State Senator Nick Collins, State Rep Aaron Michelewitz, Senator Sonia Change-Diaz and even BPD Commissioner William Gross. None of these “rumors” have been confirmed.  Just talk as of now.

So we shall see!  Stayed tuned for more #Bospoli excitement!