Kathy Wright’s approach to teaching is very hands on. It’s about learning through trial and error in a tactile way. The goal for Wright is to teach students science, technology, engineering and math (STEM) – subjects that oftentimes would cause the average students to roll their eyes with dread. But not Wright’s class. Her students are engaged and enthusiastic to learn – no doubt thanks to the break from a traditional classroom setting.

In addition to learning science, technology, engineering and math, the benefits of STEM-based education includes learning real-world applications that can help students develop skill sets that they can use in the future.

Her students have completed several projects like creating a wind turbine. This lesson kicked off with reading the book ”The Boy Who Harnessed the Wind,” which is a true story of William Kamkwamba, a 14-year-old boy who constructed a windmill out of recycled materials to bring electricity to his village. “I also share William’s TED Talks to show how limited his English skills were and how far he has come today. He had to drop out of school and taught himself English. Eventually he graduated from Dartmouth College with an engineering degree, then went back to help his village.  We have so many second language learners in our city, and I think it is so important that they realize the importance of their education and that their future success is in their hands,” said Wright.

Other projects have included students learning about solar energy by creating a solar oven and making s’mores and Skyping with an animal hospital in Africa to learn about birds and animals who have been trapped in an oil spill. Students then mimic the oil spill situation and devise “products,” to see which ones would clean up the spill best.

Her class has also collaborated with Costa Rica to learn about the culture through a program called Design Squad Global, which pairs American middle-schoolers with students from other countries in a virtual setting. “I remember, at the time, a terrible storm hit Costa Rica, and my students were begging me to call to make sure that their new friends were okay,” added Wright. 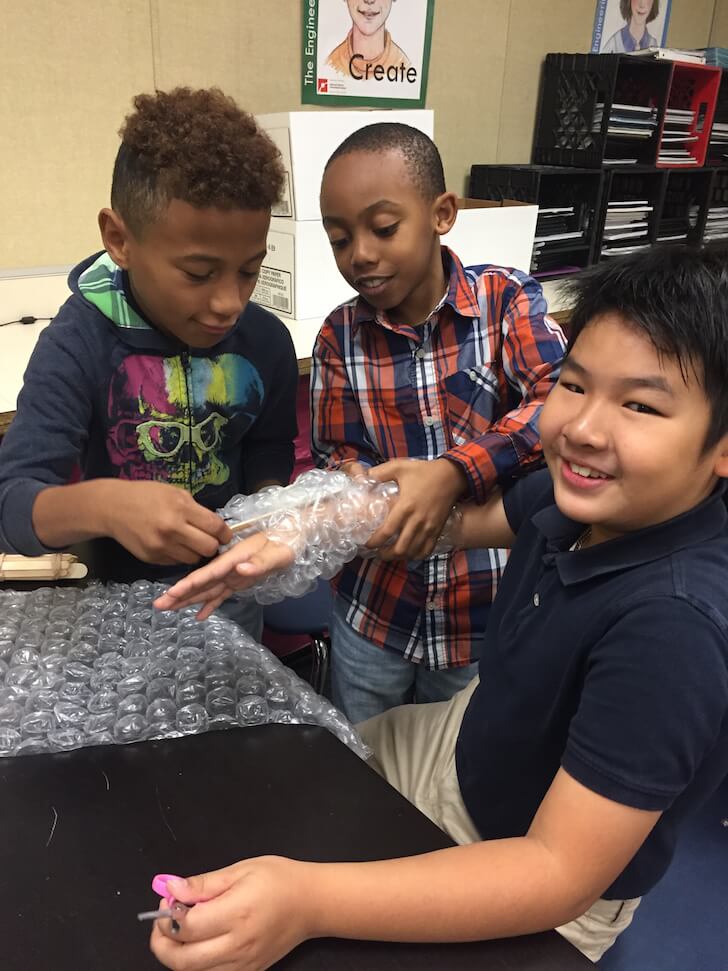 Wright was born and raised in Roslindale and graduated from UMass Boston. She taught for 18 years at the JFK in Jamaica Plain before coming to the Murphy. Eight years ago, Wright was approached by a professor from Tufts University asking her to pilot some STEM materials into her classroom and she was hooked. “The impact of the hands-on lessons was just incredible for my second language learners and students with special needs.”

When asked about the addition of STEM to the curriculum, the principal of the Murphy, Courtney Sheppeck recalled seeing her students react. “Watching our third graders light up with pure joy and excitement when they see their robotic cars go for the first time was incredible for me. This is what we want – to spark the joy of learning while they are here,” said Sheppeck. 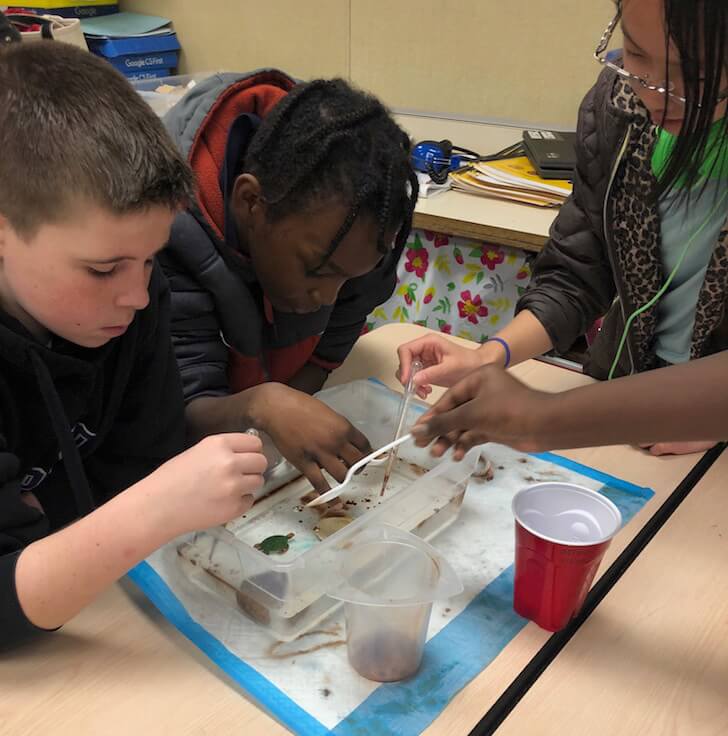 It’s people Kathy Wright who are sparking the joy of learning in our students and inspiring the next generation of leaders! We are so grateful to have standout teachers like her in our community!  Thank a teacher that inspires you!  It’s National Teacher Appreciation Week!

Added Wright, “I try to stress to students especially with engineering, that engineers make a prototype and then make changes. They are always looking to improve. You don’t stop after one attempt. Fail early; fail often and always fail forward.”