Mental Health Awareness Week: Gratitude and Giving Back at BC High

Joe Cook addresses an estimated 200 students Tuesday at Boston College High School as part of the school’s “Mental Health Awareness Week: Gratitude and Giving Back” observation. Cook, the father of 2003 BC High graduate Tim Cook – who served as a medical corpsman in Iraq – spoke about serving others, being a veteran, and the importance of giving back. Tim Cook returned from war with PTSD and died in 2013, just a few months after finishing his military service. The Timothy “Doc” Cook Foundation was set up the next year; it is dedicated to educating youth and increasing awareness of PTSD (Post-Traumatic Stress Disorder) within the community and abroad. Since its inception, more than $75,000 in Cook Awards have been distributed to graduating high school seniors in the area. 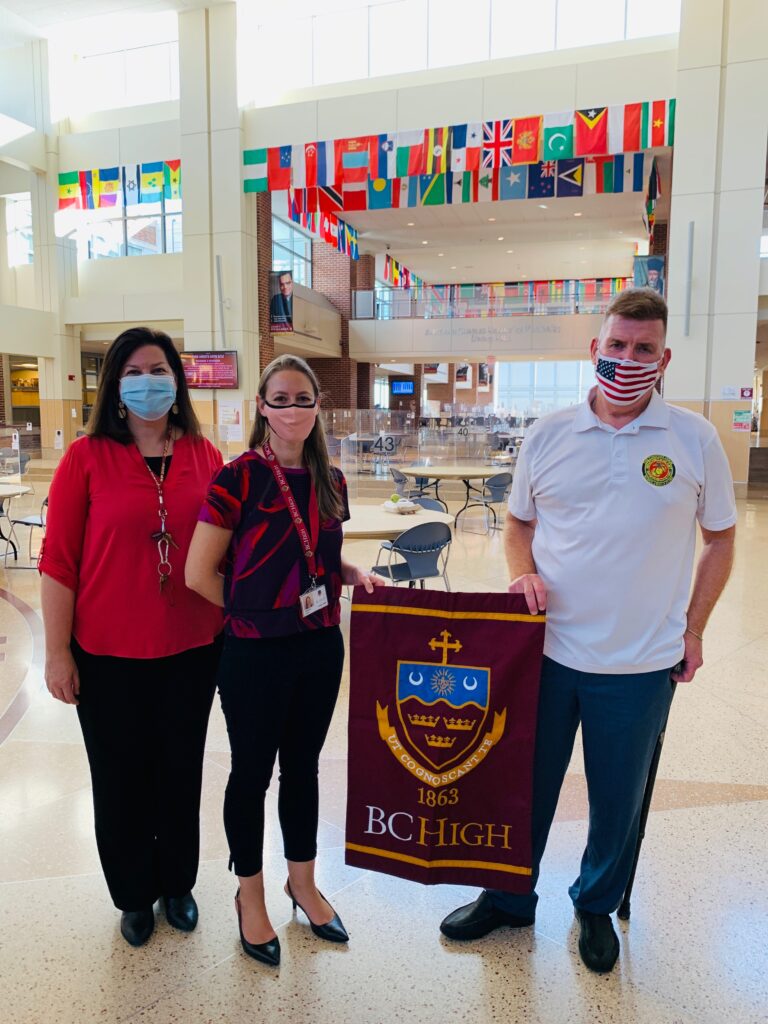 Pictured left to right: Maribeth Pender, PhD, LMHC Lizzy Green, LICSW, and Joe Cook, who addressed approximately 200 students at Boston College High School Tuesday as part of its “Mental Health Awareness Week: Gratitude and Giving Back” observation. Cook is the father of 2003 BC High graduate Tim Cook – who served as a medical corpsman in Iraq. Pender and Green are both adjustment counselors at the school and orchestrated the events for Mental Health Awareness week