As Speedball debuts a larger size of their fabric block printing ink, McDonnell has hand-printed six three-yard pieces of fabrics. In conjunction with the work of two other artists, they’ll be cut up and transformed into swatch booklets to be distributed to all stores internationally that sell the ink. “The yardage was a key element to the promotion of a top-selling line’s extension,” Speedball marketing director Kelley Braun said, adding that partnering with “some of our favorite leading artisans” like McDonnell felt like the best way to showcase the line.

The scope of McDonnell’s work is national and even international. Through her business LinoCave, she sells pillows, blankets, wall art, and other items using the designs that she’s crafted from relief printing. If you’re unfamiliar with the technique, it’s done by carving a pattern into a linoleum block, then rolling ink on top of it and then “stamping” the pattern on whatever material she chooses. If you’ve never seen it done, check out her Instagram. Watching her work is genuinely mesmerizing, as she takes a pattern block and stamps it, sometimes dozens of times, on a piece of clothing, a swatch of fabric, even a piece of paper.

And yet she’s modest about her own (inspiring) skill level.  “I have a broad range of artistic skills, but I learned this technique in fourth grade. I would teach it to my kids because it was simple,” she says, referencing her former work as a local educator before she transitioned to making art full-time. “Anyone can do it. I felt like I didn’t know what I was doing when I started, either.” 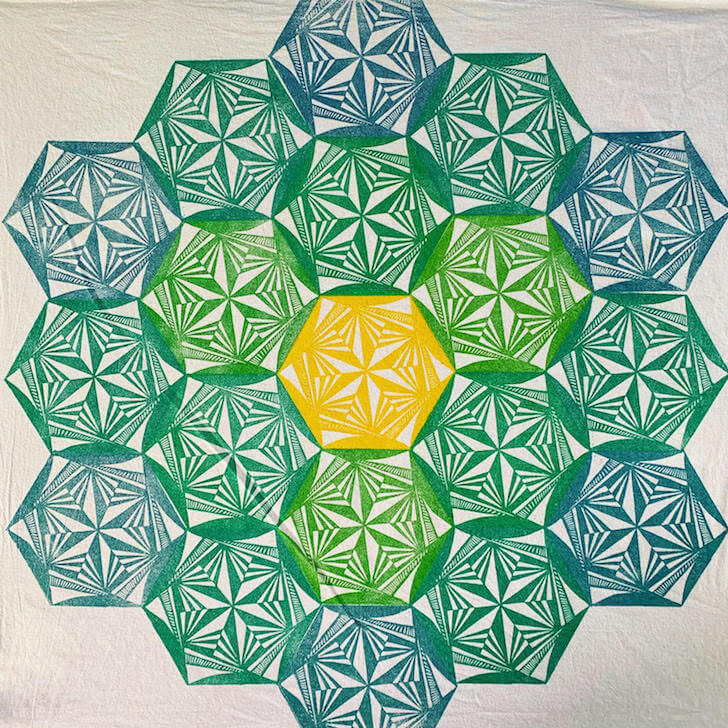 McDonnell also trained as a Speedball Demo Artist so she can educate about their products in local art supply stores. She’s a hyper-local artist, helping bring her craft to the community. This spring alone she’s hosting workshops in West Newton and Roslindale. “This is the year of the workshop,” she explains.

For the second year in a row, McDonnell and Mindy Schumacher of @follysomeprints (one of the other artists collaborating with Speedball) are also hosting a highly interactive Instagram campaign called Printer Solstice. During the winter season, printmakers across the world at any expertise level can submit their prints based on weekly prompts. There have been over 700 entries in just the first few weeks. “Artists can sometimes be secretive about their process, but the print-making community is generally really open about their work,” she says. “They’re willing to share and build camaraderie—let’s geek out and talk about these printy things together.”

Searchable by the hashtag #printersolstice, the campaign serves as a way for printmakers to keep up their skills as a part of a community but also have the chance to win weekly prizes from Speedball or be featured on The Printmaker’s Showcase. Artists can gain wider visibility; the print-making community is niche, but just about everyone can appreciate the gorgeous craftwork and designs. 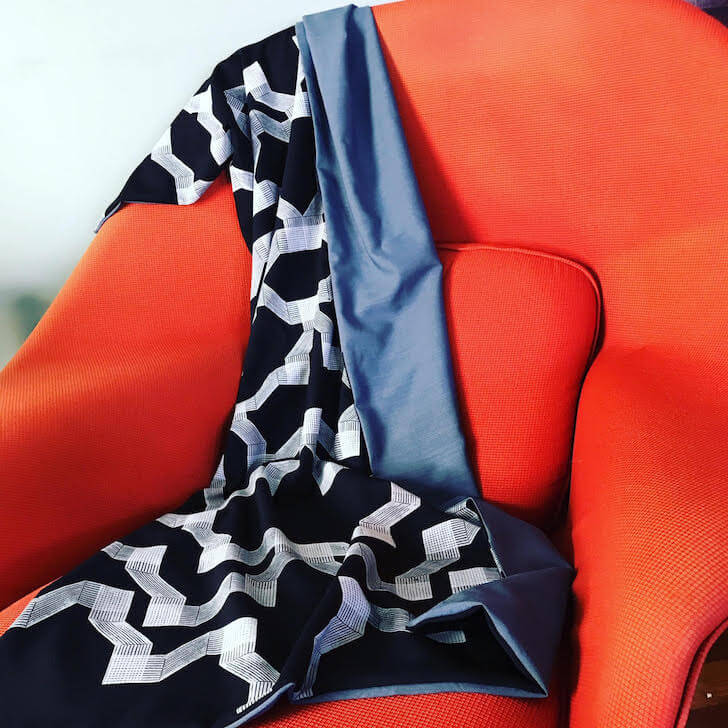 This work also fits in with McDonnell’s ethos of transparency: she’s always willing to talk about and explain how she achieves her designs. With Schumacher, she even did a free, online course called “Reduction Grid Class” in 2016 that was conducted via Instagram videos and over email. She got 100 signups that year alone, and the videos are still available for those who want to consult them through the hashtags #linocave_u and #reductiongrid.

She’s constantly encouraging others to explore their own creative impulses. If you’re curious about dipping a toe into printmaking (or even if you’re worried you won’t be any good at it), McDonnell encourages you to sign up and try. “If you’re worried you can’t draw, you can always trace an image,” she explains. If you don’t like it, you can always throw it out! Just start, and do it for the fun of it.”

Katherine J. Igoe is a freelance writer and editor who freely admits she just moved to Southie with her husband in 2017. Loves writing about local food, culture, and space savers, as well as more serious things like mental health. Follow her/send her ideas on Twitter @kjigoe.