It seems like common sense for riders on the T to instinctually do things like move to the back of the bus or take off a giant backpack when getting onto a crowded Red Line car. Well, evidently it’s not and the MBTA have been playing courtesy announcements reminding people of good commuting behavior the past two weeks.

Via twitter, the MBTA stated that they have been playing an announcement to remind riders to remove their backpacks and people have been listening. They also conducted a poll to find out what should be the subject of the next courtesy announcement. 70% voted for letting riders off the train before boarding. Common sense, we know, but obviously an issue.

“THANK YOU to the 4,937 users who provided a response to our courtesy poll!,” the T tweeted. “A whopping 70% of you voted our next announcement to be ‘let riders out’” before boarding a train. 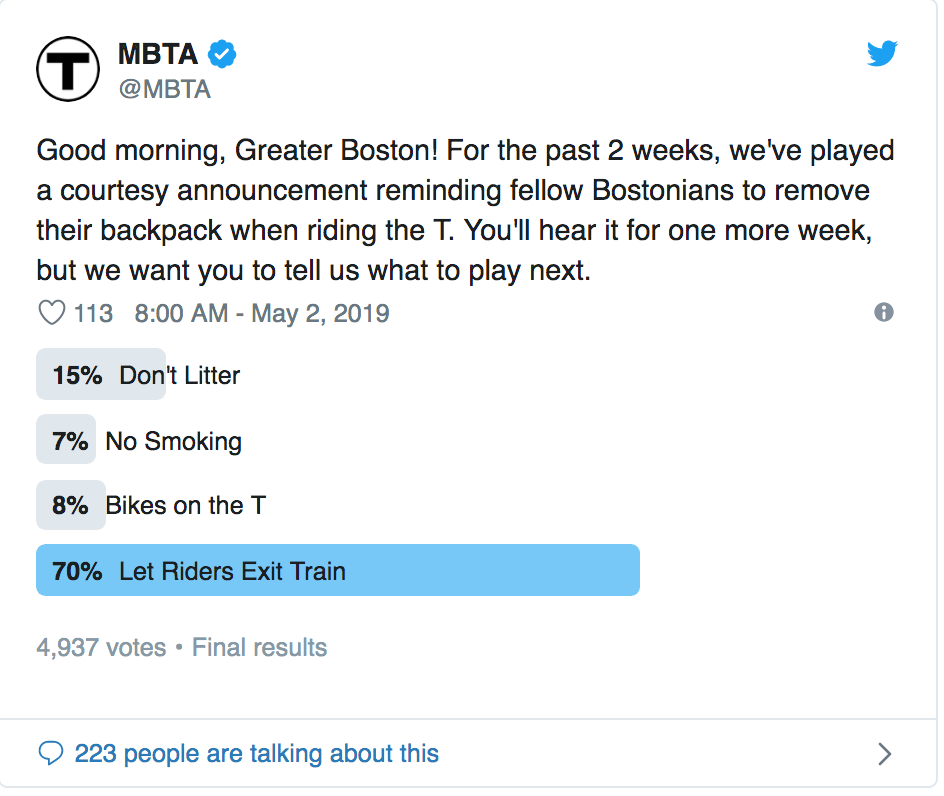 Last summer the MBTA partnered with Emerson College to produce a bunch of PSA-style videos encouraging good behavior in riders.  And they’re pretty funny.  You can check them out here.

It’s kind of ridiculous that people need to be reminder to act like a decent human being, but we appreciate the effort. Our own Heather Foley wrote a post for a few years back about bus etiquette which includes everything from reminding people to not take up two seats to brushing your teeth before you take the bus. You can read it here!

So what are you’re MBTA pet peeves?  Let us know in the comments!