It’s Beginning to Look a lot like Christmas: ChalkBOS

If you’ve ventured into the neighborhood recently and spied beautiful holiday creations on Southie store-fronts, it’s most likely the work of artist Joan Aylward aka ChalkBOS. Aylward has become one of the most sought-after chalk artists in recent years, creating beautiful and eye-catching lettering and designs on menu and cocktail boards all over Boston. In Dorchester alone, her work has appeared in over twenty small businesses including The Industry, Molinari’s, Cake Pops Boston, Pho Hoa and Lower Mills Tavern. 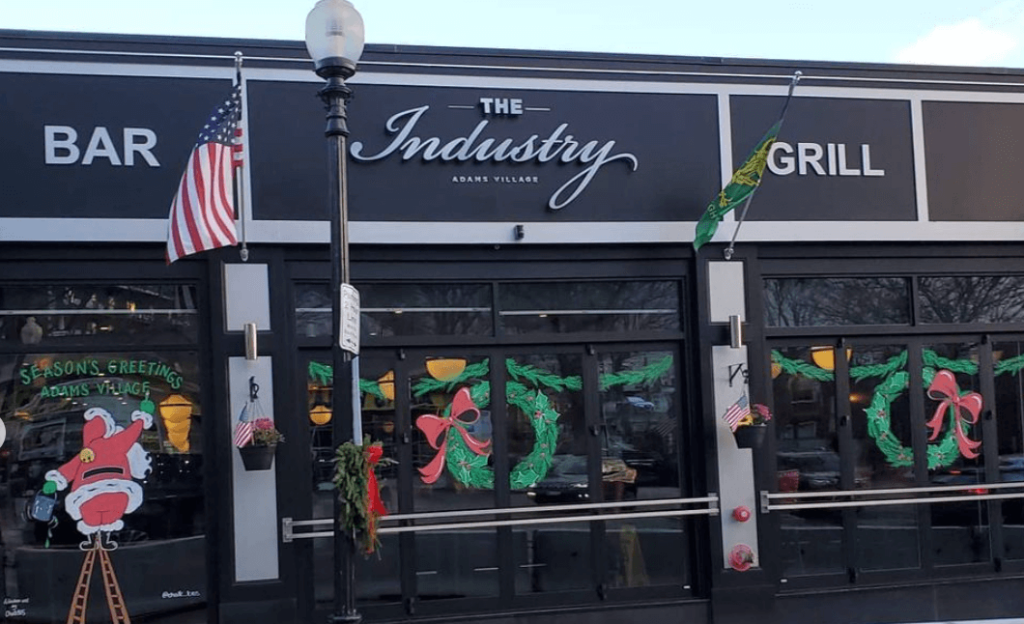 Aylward graduated from Mass Art and was a server for twenty years, before her business “found her”.

“Everywhere I worked along the line had a chalkboard and because I went to Mass Art, I would write up the specials and such. I did boards at Local 149 when I worked there from 2011 for about 3 years. I moved on to Sam’s on the waterfront, for the next 3 years,” said Aylward. The floor to ceiling chalk walls at Sam’s was the perfect canvas for Aylward to hone her lettering skills and boost her creativity. From lettering, she began to add drawings. 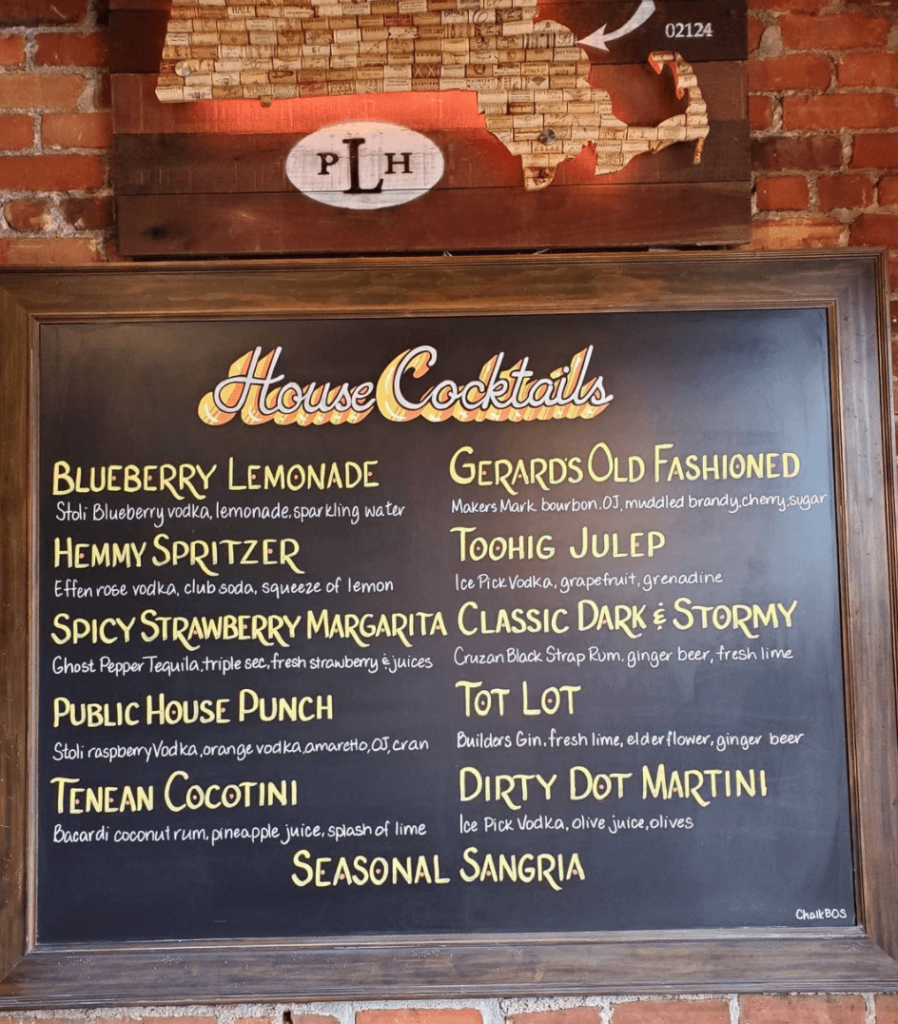 “One day, Will Clark GM for Capo (then Lincoln) and Chef Nick Dixon (Culinary Director of Broadway Restaurant Group) came into Sam’s and saw me drawing on the walls.They said, ‘oh so you’re the chalk artist,’ and I was like , ‘no, I’m a server’. Will said they wanted me to come in and do their boards at Lincoln, and it snowballed from there doing side work. We joke that the ‘discovered’ me but honestly, they were a great catalyst for me.”

At private events at Sam’s, Aylward would also chalk a business’ logo or a huge welcome sign as a way to make some extra money before serving the event. “A fellow server said I should be doing this full time, which I thought was pretty funny and no clue how to do that, or even that I could! He said, make yourself a name and get some business cards. Sam’s closed 2015 and then I had all the time in the world to take on every request that came my way. ChalkBOS was born!”

Aylward has worked all over Boston and beyond including surrounding states as well as Nantucket and Martha’s Vineyard and she’s traveled as far as Washington DC for Tasty Burger. And just like small businesses and restaurants, her business is also affected by the pandemic. When businesses began to reopen after the shutdown in March, they hired Aylward to do the outside windows letting the neighborhood know they were back! Now the holidays are upon us and she is busy for the next few weeks creating positive and festive vibes for the community. 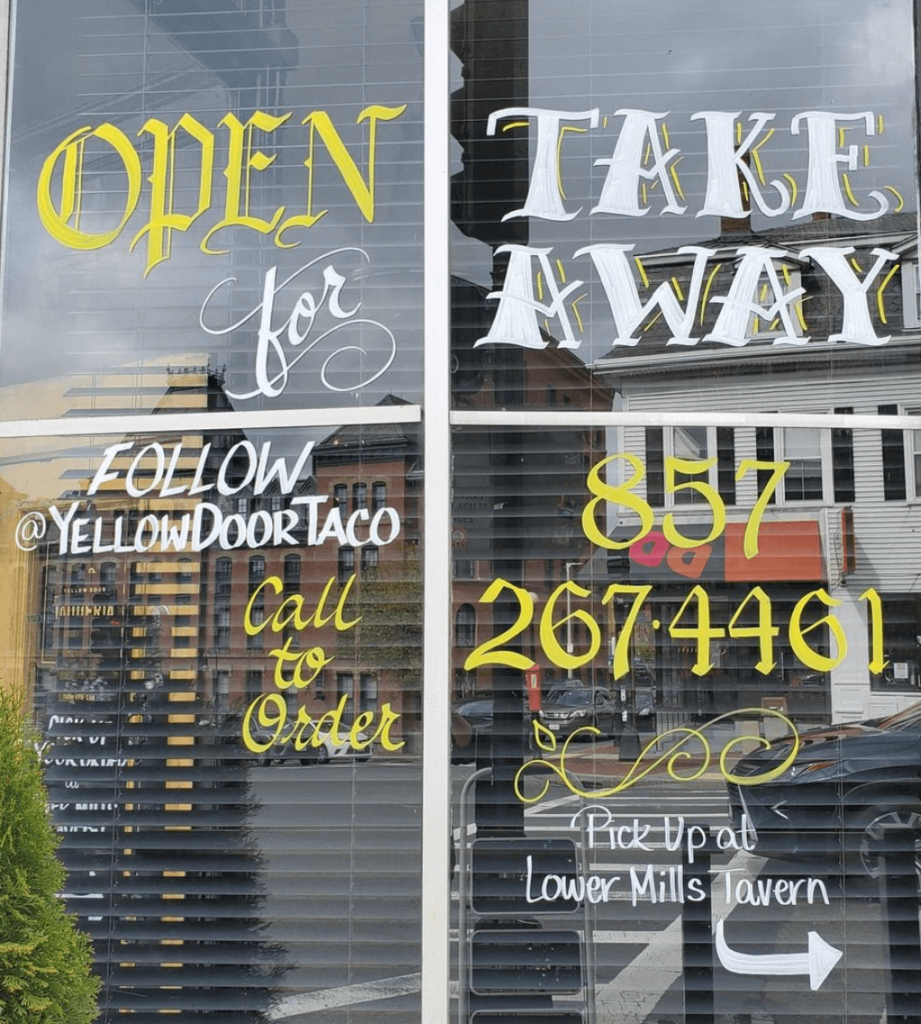 When asked what her favorite holiday display is in Dorchester, Aylward replies, “With the holiday windows lots of people request a winter theme to keep them up longer, and I get lots of feedback as to how the customers enjoy them which is the best compliment. A couple to point out, the Santa painting Seasons Greetings at The Industry, a snow globe at Galvin Group, both are really super cute. Back in June I did a massive BLM on the window facade at Dorchester Brewing which is still up.” 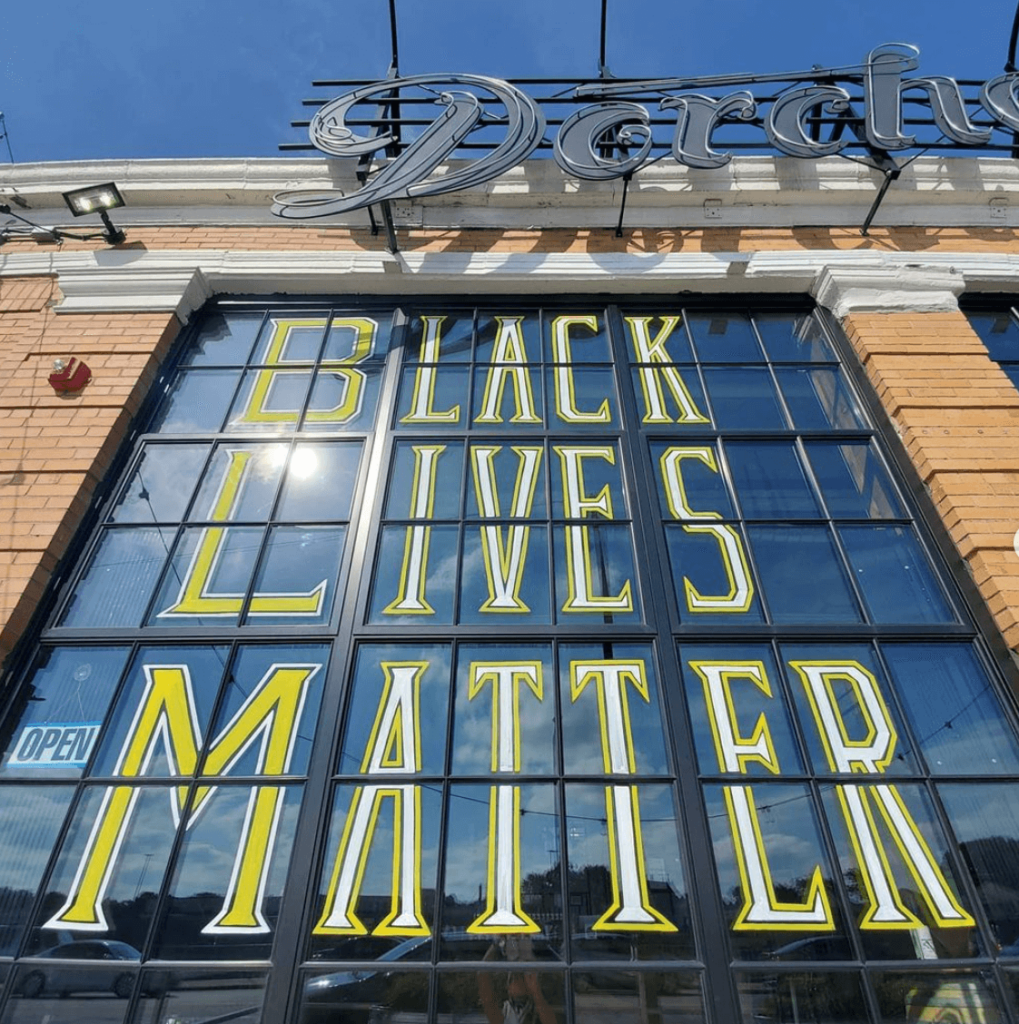 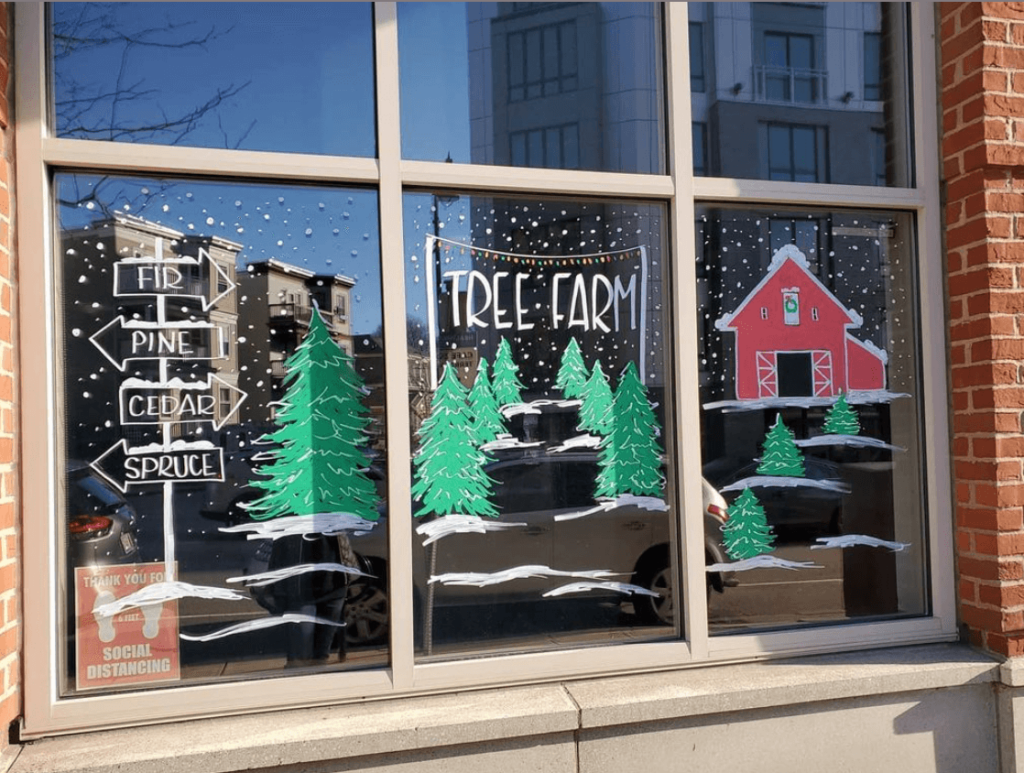 “I have many many wonderful loyal clients in Dorchester and in every neighborhood of Boston! I love it and I love all of them! People have come to recognize my work and style which is mind blowing to me,” said Aylward.