UPDATE: The Boston Parks and Recreation Department and the City of Boston Archaeologist will host a media availability on Thursday at 10:30am at Ronan Park (Adams Street Entrance) to discuss updates relating to the potential sinkhole at Ronan Park in Dorchester.

Over the weekend, we came across a video on social media of what was described as a giant sinkhole in Ronan Park about 40 feet deep.  Could this in fact be a sinkhole or maybe it was created by a burrowing demon from hell? What on earth caused this? 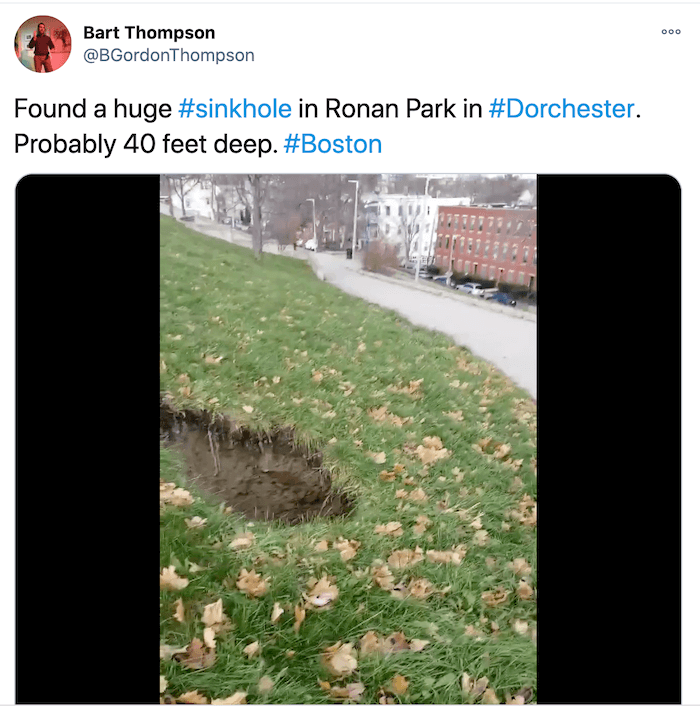 Either way, 911 was alerted and BFD and BPD were on the scene. Yikes.  Boston Parks Department is actively investigating how this happened. More to follow.