Fireworks & a firearm confiscated in Dorchester

At about 4:32 AM on Sunday July 5, 2020, officers assigned to District B-3 (Mattapan) made an onsite firearm arrest following a traffic stop in the area of 29 Stanton Street in Dorchester. The officers were on patrol when they stopped a motor vehicle for a traffic infraction. While speaking to the operator, later identified as Marco Louis, 29, of Dorchester, it was determined that he did not possess a valid driver’s license. Upon ordering the operator to exit the vehicle, the officers performed a pat frisk which led to the recovery of a loaded 9mm Kel-Tec handgun with a defaced serial number from inside a black ‘fanny pack’ which was draped across the suspect’s chest. The suspect was then placed in custody without incident. While preparing to tow the suspect motor vehicle, officers observed and recovered a large quantity of illegal fireworks from inside the trunk. 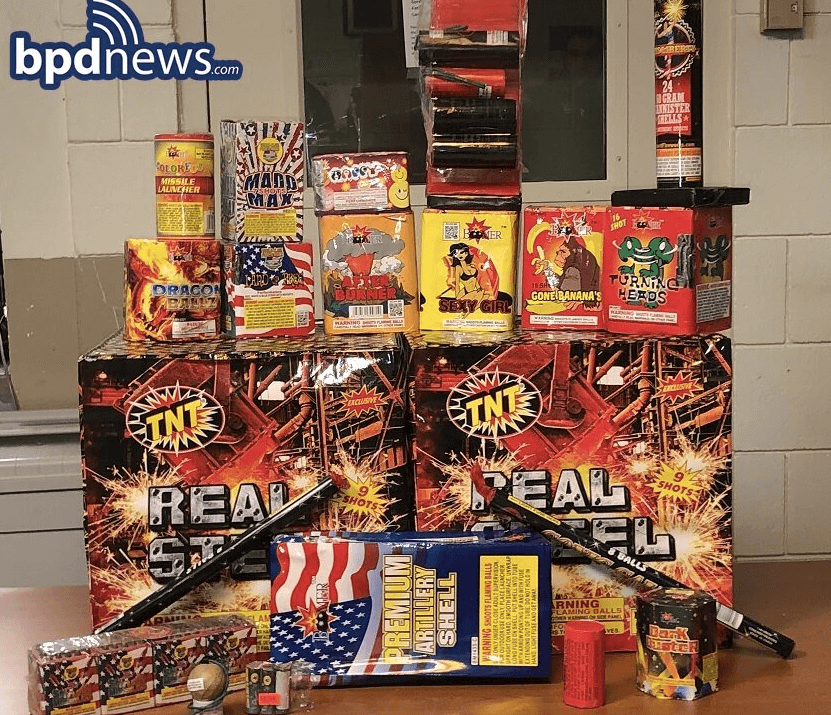