If you grew up in Boston, you’ve probably attended a wedding or an event at the Milton Hoosic Club. The historic building was destroyed by a fire early on Tuesday morning.

According to the Boston Globe, the former function hall was undergoing a conversion to a private preschool. The owners – Sunny and Simmi Verna of the Goddard School – a national chain of franchises was hoping to open in October. The Vernas also own a second location in Watertown.

According to town assessing records, the building was sold by the Milton-Hoosic Club, a private country club in Milton, in 2018 for $1.5 million to a trust.

History of the club

The Milton Club was found in 1891 and originally offered bowling, billiards, dances, lectures, concerts and plays for its members. In 1913, a clubhouse, designed by George Shepard, was build at 193 Central Ave.  In 1946, the Milton Club and the Whisick merged, forming the Milton Hoosic Club. 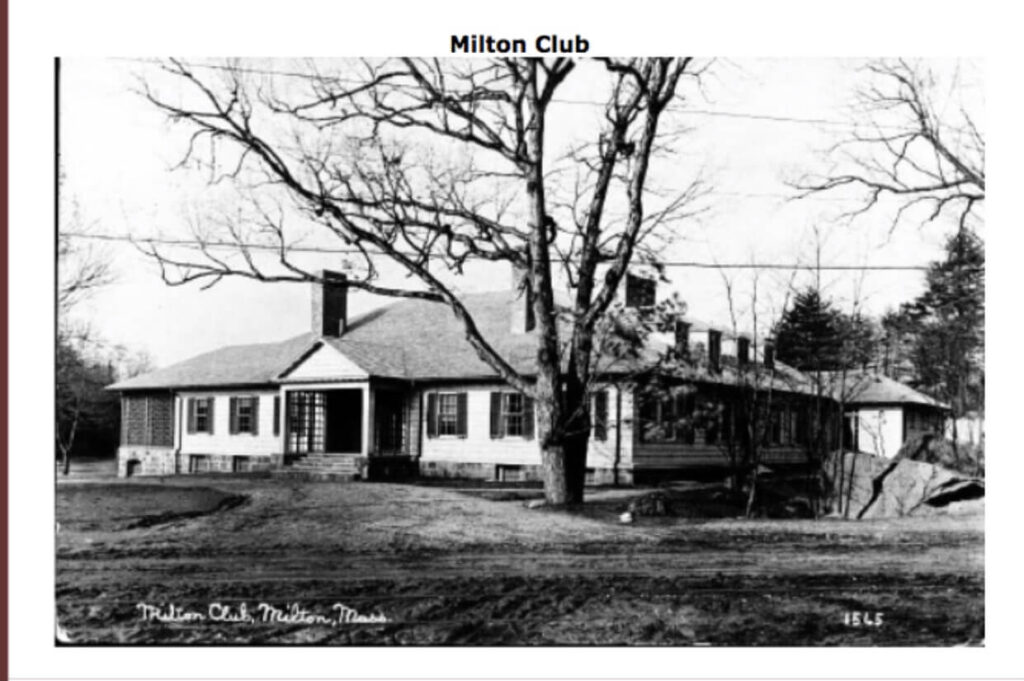 The Milton-Hoosic Club is among the first one hundred clubs in America.

Image via the Patriot Ledger.