The FBI is offering a reward of up to $10,000 for information that helps authorities locate John Bui Tran from Dorchester. Tran was 28 when he vanished back in 2005.

Tran was last seen at a party on Mitchell Street in Randolph on April 5, 2005. The FBI last month searched a Mitchell Street property with a backhoe for two days but haven’t announced what they were looking for.

Tran is described as an Asian man, 5-foot-4 and weighing about 130 pounds at the time he went missing. According to the statement from the FBI, Tran was born in Saigon, Vietnam on November 11, 1976, and became a naturalized U.S. citizen, moving from California to Dorchester in the summer of 2004. He arrived in Boston to attend Quincy College, majoring in liberal arts with the goal of writing screenplays. He lived on Church Street in Dorchester and worked at a pet supply store in Quincy. He frequently donated blood through the American Red Cross and was often seen riding his bicycle and carrying a dark-colored backpack. 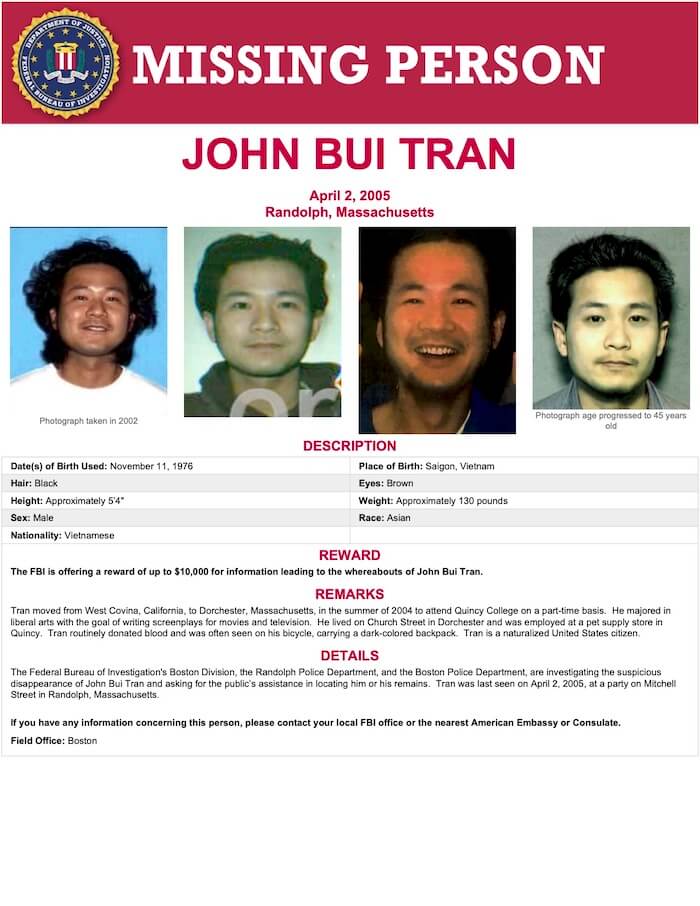 If you have any information concerning this person, please contact your local FBI office or the nearest American Embassy or Consulate.