Let’s meet these District Council Candidates, here they are, in alphabetical order, with a bit about each one and links to their websites, starting with District 4:

Evandro Carvalho: Mr. Carvalho is running to represent the working people of Boston as they work to secure their fair share of the city’s prosperity. His priorities would be ensuring a quality BPS education, criminal justice reform, increasing affordable housing, making Boston welcoming for immigrants, improving social, economic and racial justice, and increasing youth access to initiatives and mentorship programs. Mr. Carvalho is a former State Representative and he was elected to represent the Fifth Suffolk district from 2014 to 2019.

William “Will” Dickerson: Mr. Dickerson is running to be a bridge builder between generations and to connect neighbors, nonprofits, and businesses to help enhance delivery of Boston services to residents. Mr. Dickerson would have three main policy focuses: mental health, ensuring all citizens of Boston have access to proper care for good mental health; economic development including investing in workforce development and improving infrastructure; and developing a progressing public safety policy.

Deeqo Jibril: Ms. Jibril is running to improve the quality of life in the neighborhood.  She will prioritize re-imagining public safety by investing in mental health services, youth development, education, housing, and health. Ms. Jibril will also prioritize increasing the quality of public education, expanding public housing, increasing vitality of the Business Districts, and she will work to protect diverse communities.

Leonard Lee: According to Mr. Lee’s website he is “running in the time of COVID-19 because it’s about time. I’ve served my community as a senior public health official, a non-profit executive, an activist and a youth violence prevention expert.  I am especially concerned about deadly gun violence in our community as summer approaches. We need an action plan.”  He is also concerned about environmental justice and if elected would support: more green space; more green buildings -especially schools and homes; green and accessible transport and less use of cars; and walkable, “smart” streets and bike lanes.

Joel Richards: Mr. Richards is a BPS teacher and is running on a platform that centers the lives of workers, renters, immigrants, LGBTQ+ people, and Black and POC communities. He would prioritize equity in education, increased homeownership, protecting renters rights, and would advocate for small businesses to have the ability to have more mentorship, better points of sales, marketing, and signage.

Jacob Urena: Mr. Urena is running to ensure equal access to opportunity and the enjoyment of a healthy environment for every resident in District 4. He is committed to reigniting the tenant of no child left behind, fully funding our public schools, and providing District 4 with resources. He also will advocate for planting more trees and installing solar panels throughout the district and would support a $15 minimum wage.

Josette Williams: Ms. Williams is running to get people to vote in the district. She told The Scope: We are seeing very low voter turnout and I don’t care where you live in this country, it is apparent that if your vote and your voice isn’t there it appears that either you’re not somebody that folks care to worry about or those resources don’t come back to your community. If you want the government to take heed to your needs, to your concerns, to your issues, you’ve got to send them a voice. I think the strongest tool you have is your vote that says: ‘I have civic engagement. I live here. I pay taxes here.’ And then there’s accountability to me living here. For me, that’s number one, really changing my district and getting folks to really increase the vote.

Brian Worrell: Mr. Worrell is running to address the challenges and use his knowledge of, and experiences with, city government to contribute to building and strengthening the community. He would work to increase home ownership & affordable housing and daycare, reform the zoning process, ensure universal pre-k for all, increase workforce development and small business supports, and he would focus on redefining public safety by increasing mental health services and creating neighborhood task forces to try to curb violence by bringing stakeholders together.

There are a lot of talented people in District 4 looking to be your voice in City Hall. The same is true for District 7. Let’s meet those candidates:

Brandy Brooks: Ms. Brooks’ website was being “refreshed” during the writing of this article.

Joao DePina: Mr. Depina is running for office because he believes the community needs a voice that will say what needs to be said and hold others accountable while being transparent and honest. He would focus on small business support and on increasing public safety and education.

Marisa Luse: Ms. Luse is an advocate for curbing gun violence and has prioritized such issues as improving trauma informed response, and championing the physical and mental health of all District 7 residents. She would focus on improving the quality of life for youth, families, seniors, and young adults living in District 7.

Roy Owens Sr. – While we believe Mr. Owens gathered enough signatures to be on the ballot, we think he is focussing on running for Congress in 2022 because of his website:

Santiago “Leon” Rivera: Mr. Rivera is running for office because he believes it is up to us to lead the change we want to see in our communities. Mr. Rivera would focus on: public safety: supporting policies that decriminalize mental health illnesses and reallocating funds of the police budget to proven effective violence prevention strategies, mental health/addiction services, and community investments including housing, healthcare, and education; Substance Use Disorders: focusing on decentralizing recovery services, expansion the sharps team, expansion the BPD Bike Unit, and additional recovery treatment opportunities; Environment and Health inequities: clean drinking water at all public schools, improved air quality and living conditions in our public housing complexes, advocating for more trees and community gardens, & supporting legislation that encourages public and private entities to move towards 100% renewable energy; and improving public education, housing, and community engagement.

Lorraine “Lori” Payne Wheeler: Ms. Payne Wheeler is running to bring new leadership to the community. Her website, while up, didn’t have all the information filled in at the time this article was written.

So many interesting and qualified people with lots of ideas looking to be your voice!  If you are intrigued by any of them, you should visit their websites and check out their social media.

There is one other City Council District that includes Dorchester and that is District 3. That race has only two candidates so it will NOT be part of the Preliminary Municipal Election in September. If you live in District 3 you should still vote on September 14th but you will NOT be voting for your District Councilor, you will be voting for who you want to be on the Ballot in November for City Councilor At-Large and for Mayor.

Let’s meet the District 3 Candidates who will be on the ballot on November 2nd:

Frank Baker: Councilor Baker is the current District 3 City Councilor and he is running for reelection. He is running to continue his work — being an accessible elected official who focuses on a diverse range of constituent issues and community concerns on behalf of the neighborhoods of District 3. Mr. Baker has represented D3 since 2012.

Stephen McBride: Mr. McBride is running to be a voice for institutional change. If elected he would invest in schools and students, support small businesses, work to build a sustainable waterfront, invest in sustainable transit, work to reopen Long Island, prioritize an increase in home ownership, and work to increase civic engagement.

Phew! Don’t forget to register to vote so you’ll be able to vote on September 14th and then again on November 2nd! 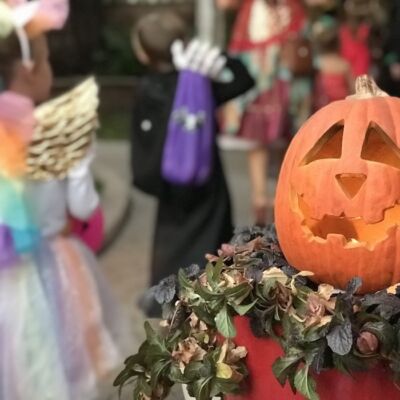