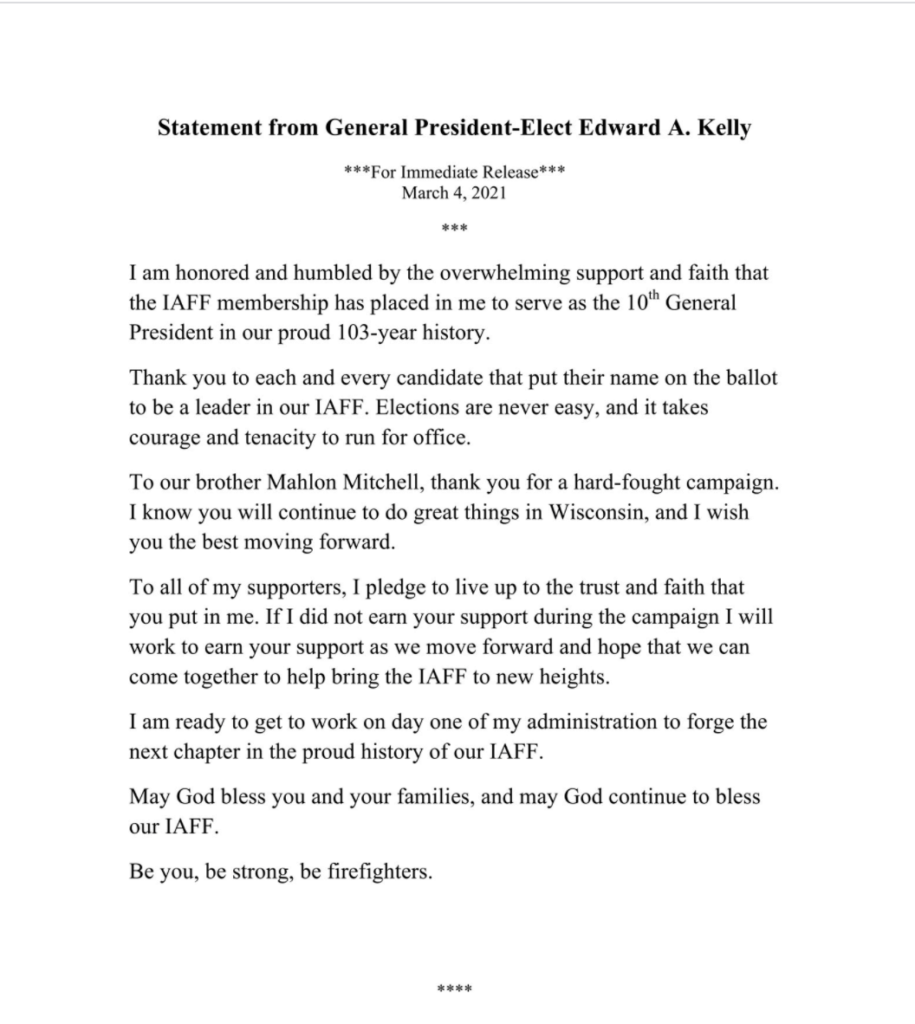 Kelly is the son, grandson, brother, nephew and cousin of Boston firefighters and he quickly climbed the union ranks after winning a 2005 election for the presidency of Local 718. From there, he became the president of the Professional Fire Fighters of Massachusetts and was elected as General Secretary-Treasurer of the IAFF in 2016.

There are 320,000 members of the IAFF.  Kelly will split time between Washington, D.C., and Dorchester, where his family – wife Katy and his children Maggie and Tommy will remain.

Kelly will join fellow Dorchester native Mayor Marty Walsh in D.C when he takes on his roll as US labor secretary.  It’s a good year for unions! 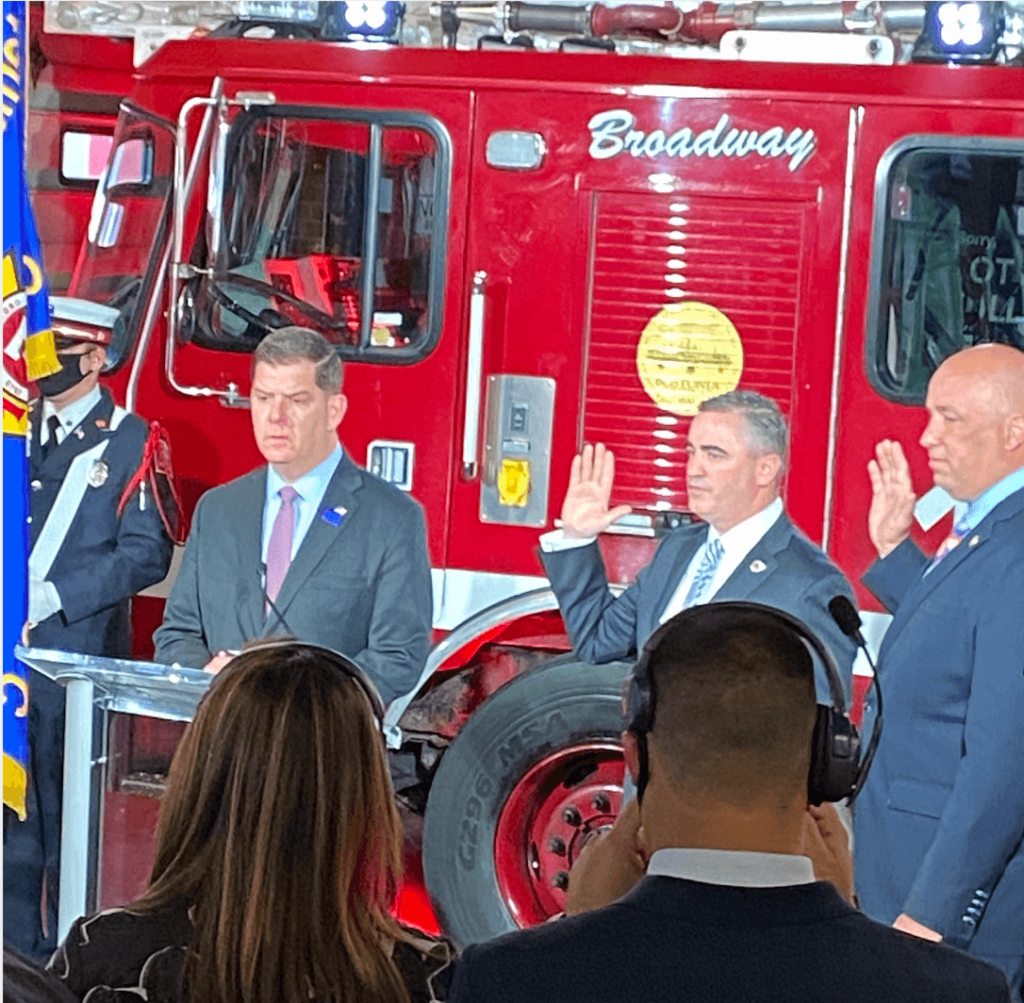 On Wednesday, Kelly was sworn in by Walsh at the Broadway Firehouse Engine 7, Ladder 17 in the South End where Kelly is a firefighter.