It’s that time of year!

It’s getting dark out earlier, leaves are falling, scary movies are popping up on Netflix… Halloween is coming! One of the eeriest places in Boston? The abandoned Bear Cages of Franklin Park. What are the Bear Cages? Why are they still there? And can you take creepy pictures there? Well, I’m glad you asked! The Bear Cages are the topic of this CID: History Lesson!

This is the perfect season to check out the Bear Cages! Franklin Park has ample parking and it is accessible via bus: just hop over to Andrew Station and take the 16 bus. Easy peasy. Ok, now that the location is out of the way, back to the spooky!

According to the Boston Preservation Alliance:

Franklin Park forms the southernmost segment of Frederick Law Olmsted’s “Emerald Necklace.” It is both a Boston Landmark and listed on the National Register of Historic Places. Olmsted, renowned landscape architect, began preliminary studies of the park design in 1881 and continued to be involved until his retirement in 1895. The park was designed to be a great “Country Park” in the midst of the growing city. Its winding roads and pathways were made for beautiful, curated views. 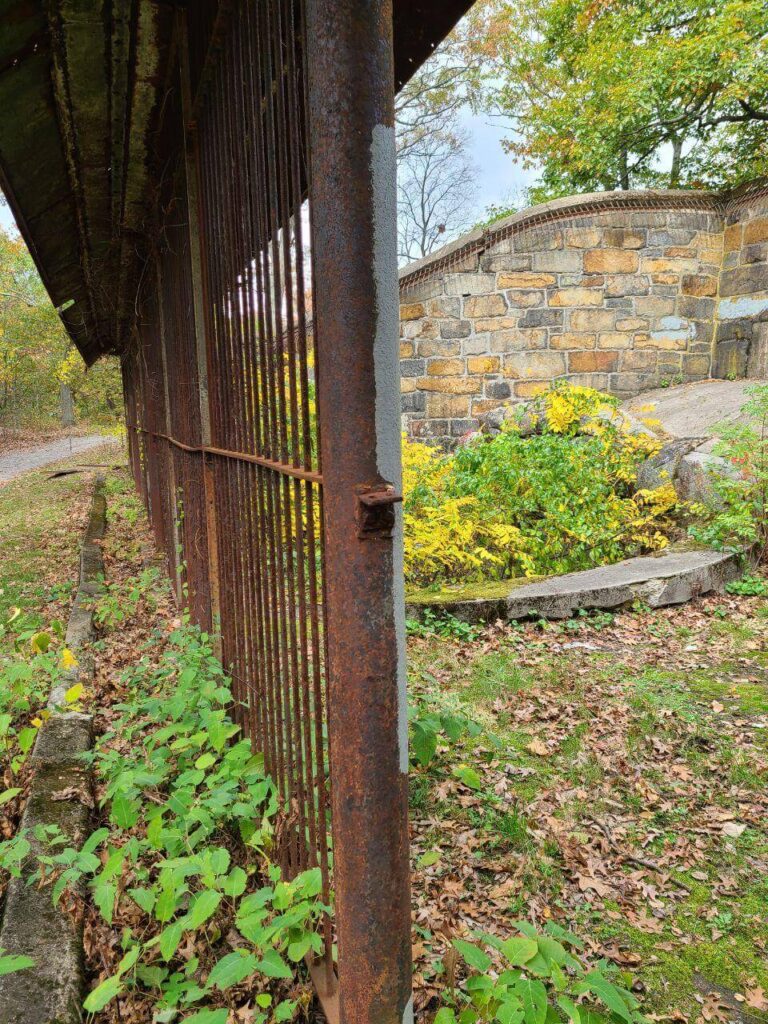 The Emerald Necklace is an 1100 acre, linear system of parks that was designed to connect Boston Common and the Public Garden to Franklin Park.

In 1911-1912, Boston Mayor John “Honey Fitz” Fitzgerald (yes, JFK’s grandfather) initiated the construction of a zoo in Franklin Park. The zoo was opened to the public in late 1912 and it was free! In 1920, two million people visited the zoo. The zoo was a sprawling vision and it was open in the sense that there were no “admission gates” and the exhibits were spread throughout Franklin Park. The current main entrance to the zoo, the Zebra entrance, was built in 1918 and the statues that are by the current back (or Giraffe Entrance) were unveiled in the late 1920s.

Like we learned in a previous History Lesson about the South Boston Aquarium, times of war and depression can be really difficult on places built for leisure activities and maintained by public money. They can fall into distressing disrepair. That unfortunately happened to the zoo. The Bear Cages were deemed too expensive and the exhibit was closed in 1954. 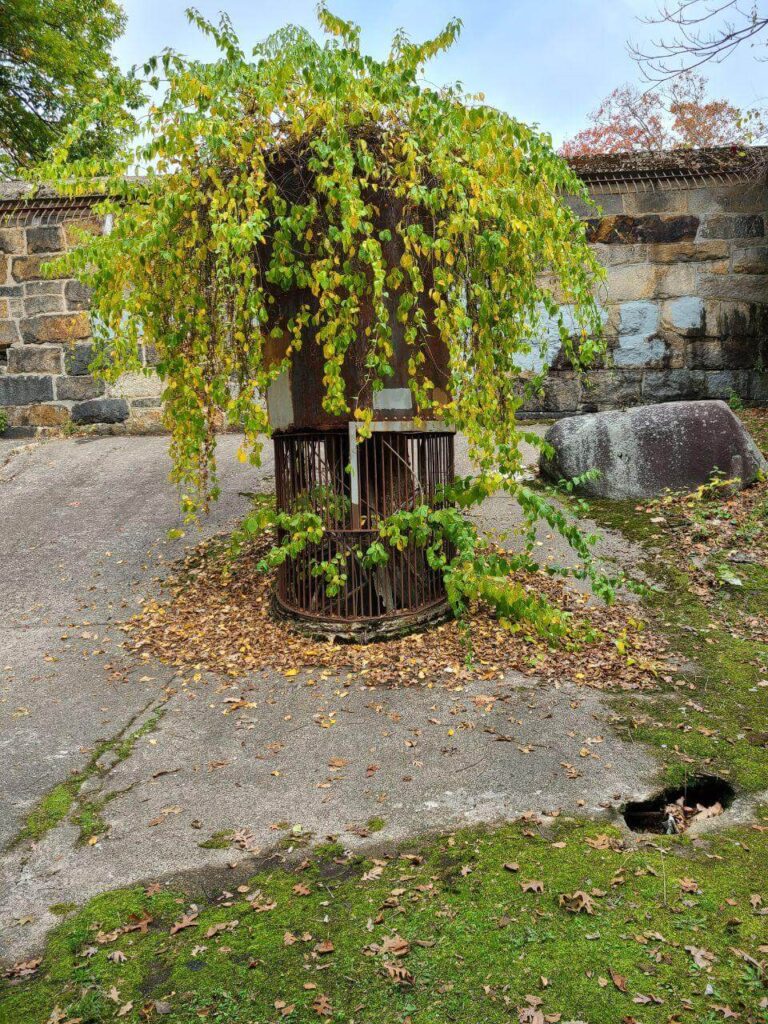 According to Cynthia Zaitzevsky’s A Cultural Landscape Report for the Frederick Law Olmsted National Historic Site:

In 1958, rights and responsibilities for the zoo changed from the Department of Parks and Recreation to the Metropolitan District Commission (MDC). When the MDC took over the zoo, it put up fences and gates and began to charge admission. Areas of the sprawling zoo that were difficult to take care of — such as the Bear Dens in Long Crouch Woods — were lobbed off of the zoo and left to deteriorate.

So there you have it, the Bear Cages were too expensive to maintain and when the zoo was fenced in and admission started to be charged, the Bear Cages were a considerable distance away from the “main” part of the zoo and therefore were on the wrong side of the fence. They’ve been left alone since the 1950s! The Bear Cages are a major part of cross country races that happen in Franklin Park from the Mayor’s Cup for area high school students, to professional races including the World Athletics Cross Country Championship in 1992, to being the home course of Boston Latin School’s Cross Country team; one “loop” of the course for racers in centered around the Bear Cages! And like I said they are SPOOKY; you can even go in them (please be careful though).

If you want to do a Halloween photo shoot, this is your place!

5 Things You Should Know This Week – January 24th

BPD Community Alert: The Boston Police Department is Seeking the Public’s Help to Identify Suspect Wanted in Connection to a Hit and Run Involving a Pedestrian in Dorchester

BPD Recover a Firearm after an Arrest in Dorchester