By law, the Council must redistrict every 10 years following the release of the Federal Census results. The proposed map takes into account the 9.4% increase in population since 2010.

The map presented during today’s Boston City Council meeting addresses the large growth in population for District 2 and the decrease in population for District 3. The map creates more unified neighborhoods that were split in the current map, including the South End, South Boston, Roxbury, Mattapan and Roslindale. It also preserves diversity in several districts while keeping communities of interest together, including (in District 3) the Vietnamese community, Asian American and Pacific Islander (AAPI) community in the South End, the LGBTQ+ community, and (in District 7) the Cape Verdean community.

The majority of the South End is unified under District 3 and follows the First Suffolk District State Senate lines. Racial demographic and population level percentages are maintained, and major corridor lines, including American Legion Highway, Blue Hill Avenue, Dorchester Avenue and Massachusetts Avenue, are cleaned up in this proposal. The deviation total is at 2.55% which provides excellent population parity. 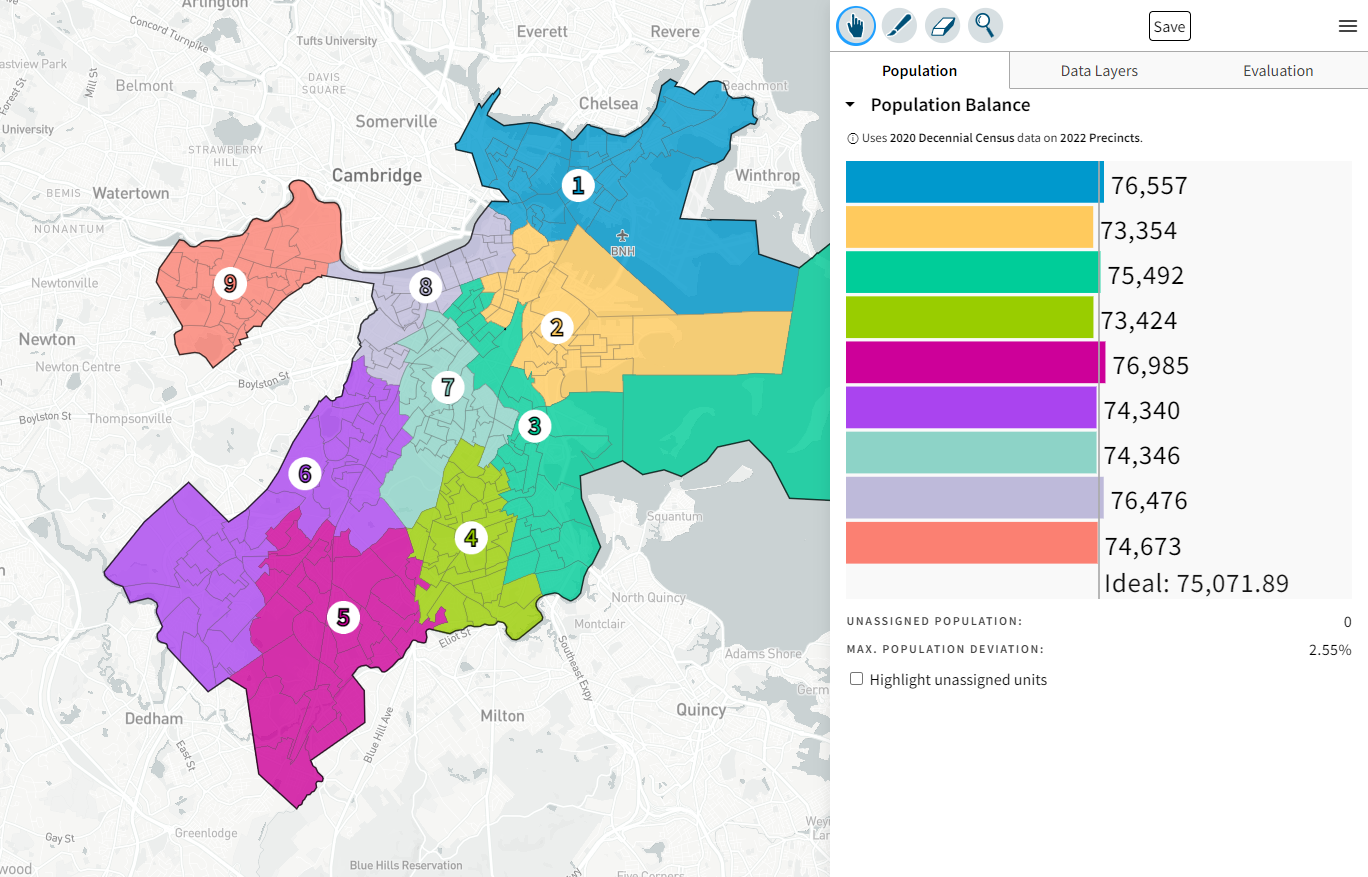 “Our map proposal took into account the best interests of our neighborhoods, communities of interest, and the city as a whole. It meets all legal guidelines while ensuring diverse and inclusive districts that strengthen Boston for the present and the future,” Arroyo said.

“This proposal offers greater unification of neighborhoods within council districts, as well as improved representation for communities of interest across the City. The map meets the principles of the Voting Rights Act and presents our colleagues on the council with a blueprint for a thoughtful redistricting process that will benefit our constituents. I look forward to conversations with our residents, advocates, and my colleagues in the weeks to come,” Fernandes Anderson said.

Fernandes Anderson and Arroyo encourage community input on their map. A public hearing on redistricting is scheduled for tomorrow, September 29 from 3pm to 6pm in the Iannella Chamber at City Hall with two more public hearings to follow. Passage of a map is expected to occur prior to November 7 – one year before the next municipal election. 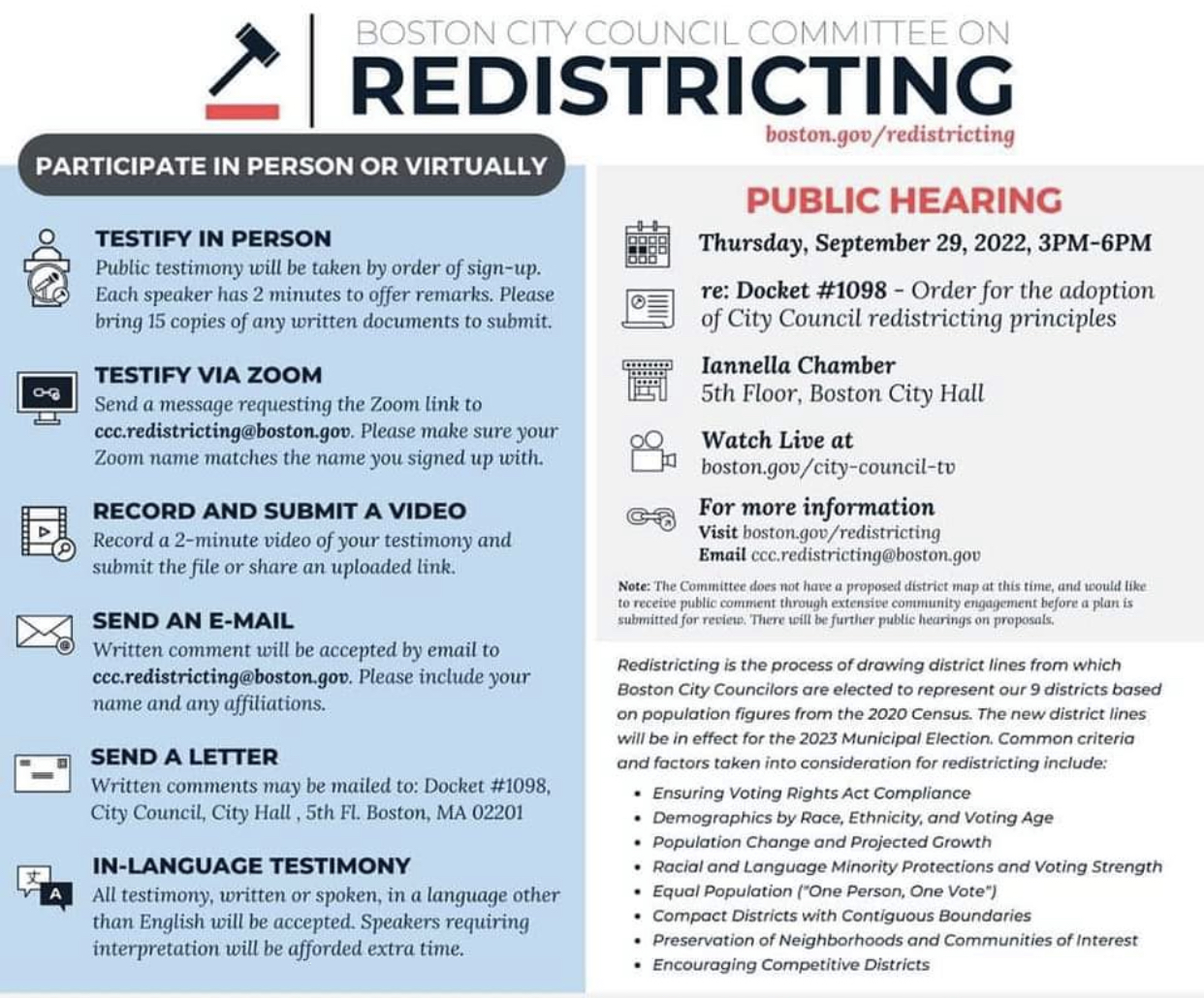