Back on March 13th, I wrote my picks of what to watch during social distancing, and quite frankly it was a different world.  I cheekily suggested watching ER, but now in a world of sheltering in place, lockdowns, restaurant closures and mask shortages I simply cannot stand by my recommendations.  Imagine watching Carter and Lucy!  What I can do, is issue a new list of picks, all of which are, well, nice.  These tv shows and movies are like a warm hug, they will make you smile and soothe your weary soul.

I’ve recommended Derry Girls before, and some of you listened and messaged me to know how much you liked it, and honestly I appreciate that so much.  This show about five friends in 1990s Derry is the perfect combo of nostalgia, humor, and love.  By the end of the second season you will proudly proclaim “I’m a Derry Girl”.

You know what I love? Randy women of a certain age, which is just what Book Club delivers.  Come for Mary Steenburgen, Jane Fonda, Diane Keaton, and Candice Bergen reading 50 Shades of Grey for their fictional book club, stay for Andy Garcia and Don Johnson, cat noises.  Years ago I wrote about how terrible the book 50 Shades of Grey was, but we wouldn’t have Book Club without it so I guess it was a necessary evil.

Happy Endings may have the most loyal fanbase in the history of loyal fanbases.  We’ve been watching the same three season for the past seven years, patiently waiting for a reboot, fourth season, or movie.  There’s a reason we’re so loyal, we love this show, it’s smart, funny, and fun…and I would love to see how Penny Hartz and the gang would handle, or not handle, social distancing.

I watch Bob’s Burgers a couple times a week, after a long day in the salt mines I like to decompress with an episode or two.  Bob’s Burgers follows the daily hijinks of the cartoon Belcher family, and it’s oddly heartwarming.  I think I’m a pretty quick-witted person, I can see most jokes coming a mile away, but at least once an episode a Bob’s Burgers joke takes me by complete surprise and makes me legit LOL.  Also with guest stars like Bill Hader, Tiffany Haddish, Kevin Kline, Megan Mullally, Jon Hamm, and Paul Rudd, just to name a few, every episode a rousing game of Guess That Voice.

Let Pierce Brosnan, Colin Firth, Stellan Skarsgard (Stellar Skateboard for my HDTGM peoples), AND Andy Garcia whisk you away to the Greek Isles and make you forget the rona of it all!  I should add Cher will be there too.  Though I’m partial to Here We Go Again, the OG Mama Mia is also excellent escapism and will do the job just fine.

I’ve already told you to watch Schitts Creek, everyone has already told you to watch Schitts Creek, and now I’m telling you to rewatch it.  That’s it, there’s nothing I can say about the Rose family that hasn’t already been said by someone more qualified than me.  Oh wait, I can say that in the current season Moira wears a crown and I got Maureen the EXACT SAME ONE for her birthday last year.

Lest I be accused of my list being too chick-flicky, this ones for the fellas!  Though this movie follows a group of men putting together a male strip show, Magic Mike it ain’t.  I’m willing to bet a lot of you haven’t seen The Full Monty (it came out in 1997), and that’s a big reason it’s on this list.  The Full Monty is a delightful, charming British comedy that (briefly) held the title of highest grossing film in Brit history, it cost only $3.5 million to make, and went on to gross $258 million, so there.  It follows a few unemployed regular ol’ blokes who put together a male review to make some money.  It’s funny without going for cheap gags, takes on honest look the challenges many of us face, is uplifting and has a killer soundtrack.  Give it a shot, mate.

A show about a woman rescued from a deranged preacher’s doomsday bunker doesn’t sound like it would be a life-affirming, sidesplitting comedy, but here we are.  Tituss Burgess absolutely steals the show, and more than once over the past couple weeks I’ve wondered how he would handle self-quarantine. The jokes fly a mile a minute, and even though I’ve watched it multiple times I still catch jokes I missed the first time around.

Full Disclosure, my birthday is Groundhog Day, so I have a special affinity for this Bill Murray classic…but even if I was born April 25th (Miss Congeniality joke, nailed it) I would love this movie.  Bill Murry plays cynical weatherman Phil Connors who gets caught in a time loop while covering the world’s most famous groundhog, Punxsutawney Phil, and relives the same day over and over again.  In 2006 the film was added to the United States National Film Registry for being culturally, historically, or aesthetically significant, and this past year (twenty-seven years after its 1993 release) Jeep resurrected the Phils, both Connors and Punxsutawney, for their Super Bowl ad, iconic.

Ok, you’re turn!  What’s your choice for comforting entertainment?  Is there a television show or movie that feels as good as a plate of mac and cheese?  I’d love to hear about it!  And don’t worry, if the social distancing keeps up I have plenty more recommendations.  Stay healthy and wash your hands! 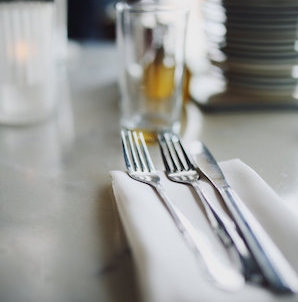 Comfort food in a comfort station with a side of history

COVID-19 Quarantine or Social Distancing: What to watch