BPD officer stabbed in the neck in Dorchester

According to the Boston Herald, BPD were responding to a domestic violence call at 27 Ingleside St. when two officers heading up the stairs came face to face with a man with a knife. The man stabbed one of the officers in the neck and the other officer fired at the man with knife, shooting him.

Both the injured officer and the man were taken to area hospitals. The man with the knife who was shot was later pronounced dead. The police officer is expected to be okay. You can read more details here.

Live Boston also has photos from the scene here.

According to Stacos on Twitter, around 6:20pm on Saturday a BPD officer was stabbed in the neck on Ingleside Street in Dorchester. Officer was taken to area hospital by Boston EMS and suspect is in custody. Condition of the officer is unknown. More to follow. 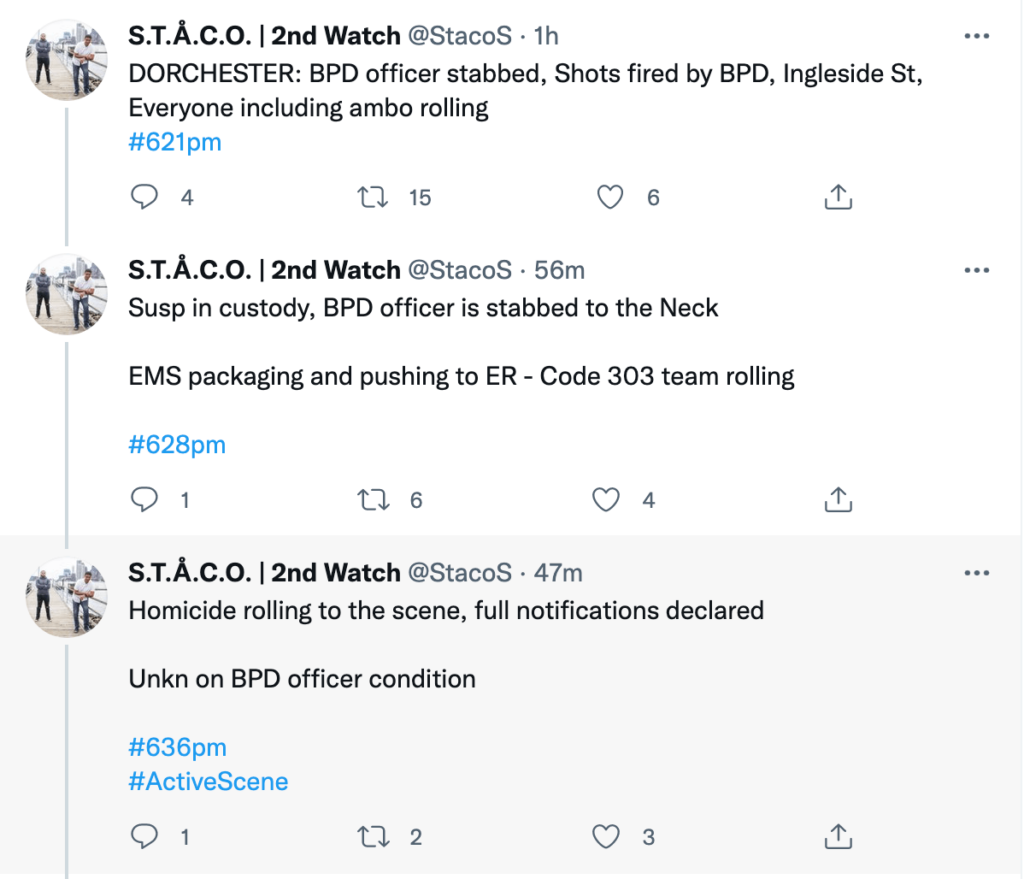