Live Boston 617 is reporting that BPD was called to Boston Latin Academy on Monday morning for a stabbing. A video was also obtained by the LB617 Team that shows a brawl in the hallways of the  Townsend Street BPS school.  Warning – the video is graphic and disturbing.

From “someone in the know” – a student was in fact slashed on the hand with a pair of scissors and suffered non-life-threatening injuries – no confirmation yet whether this recorded fight in the hallway is related or if they are separate incidents.

This news comes less than a week since Boston Public Schools district leaders were presented with some school safety recommendations as part of a report by the Council of Great City Schools including:’ 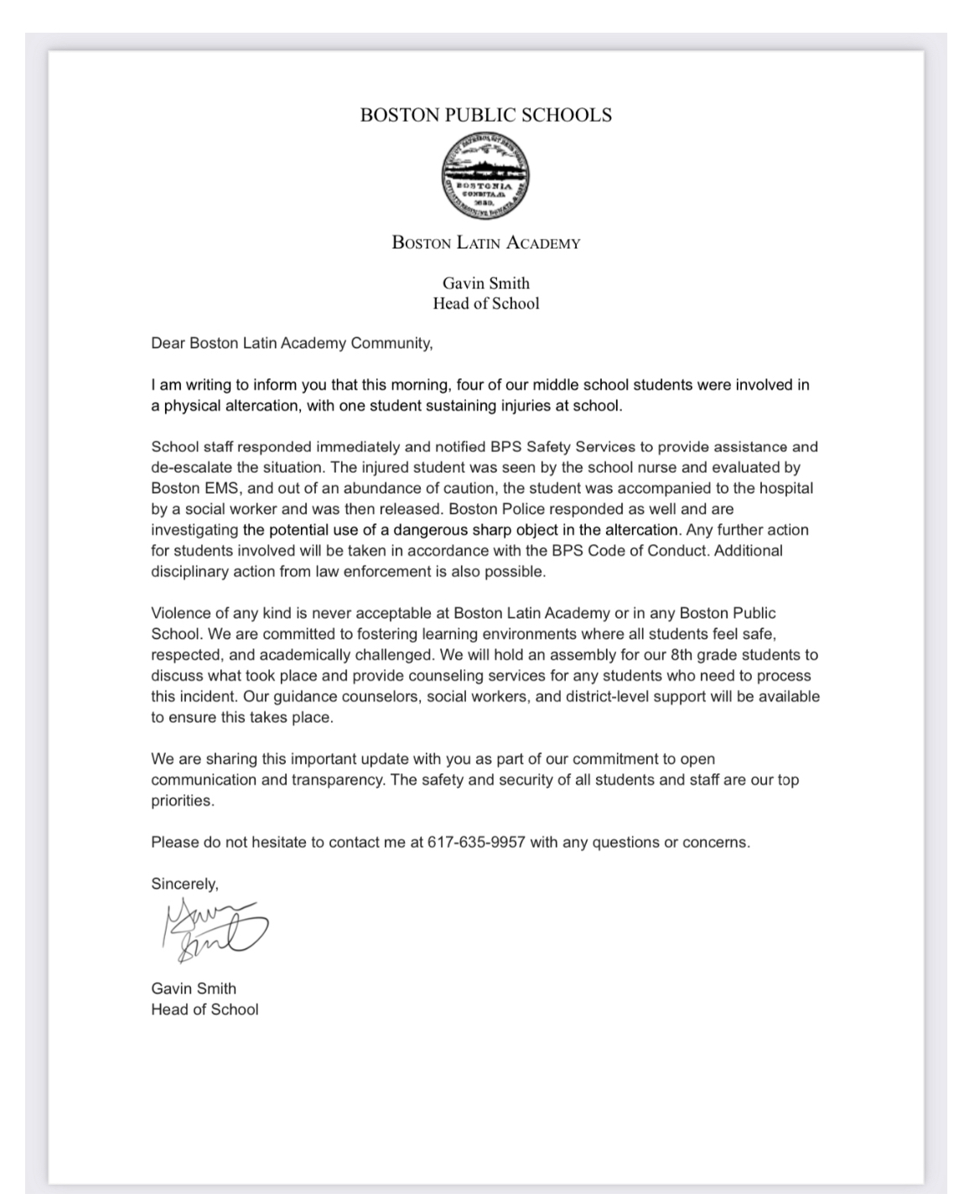 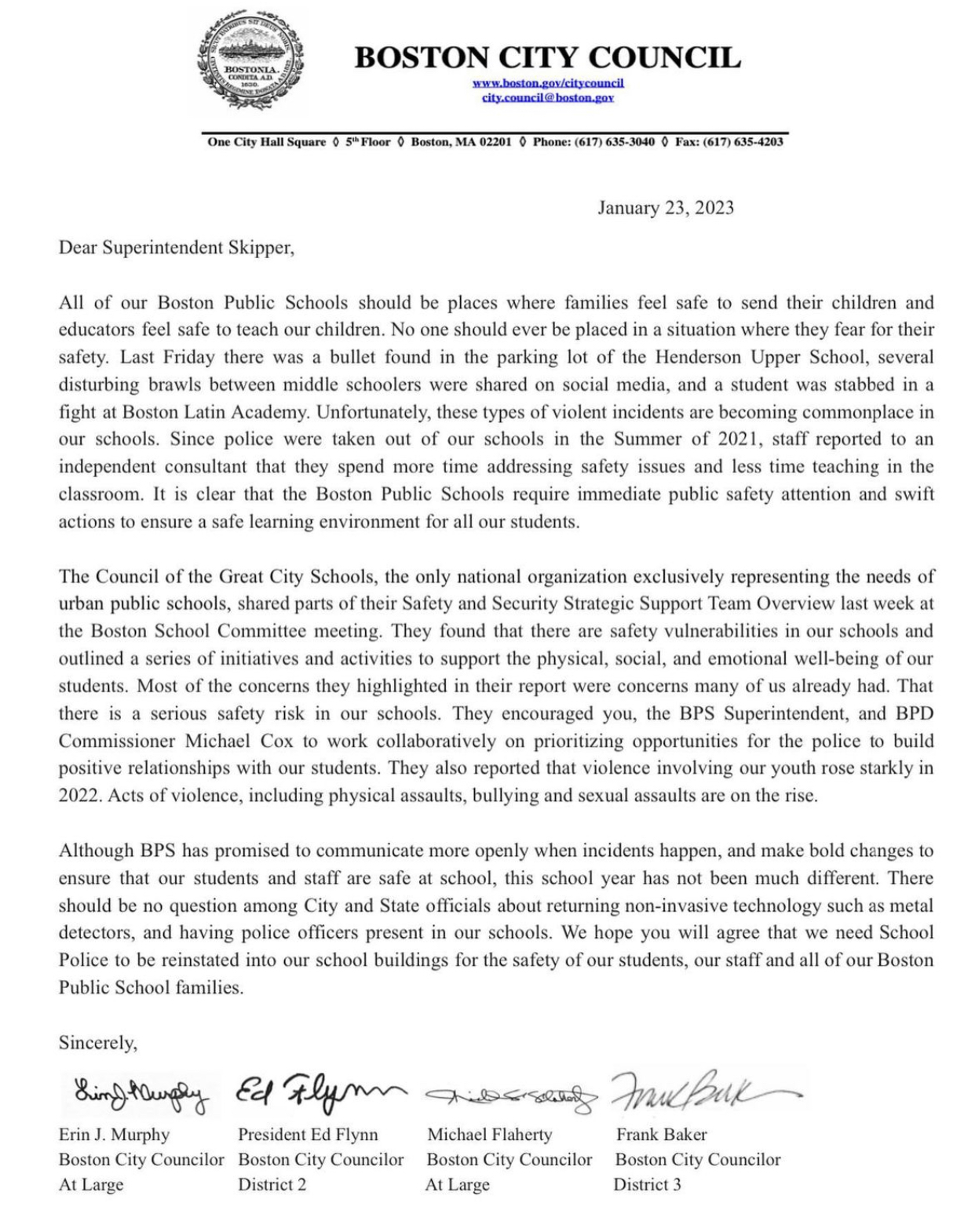