Beware of Lion’s Manes in the Ocean

If you’re like us, seeing jelly fish in the ocean – or worse – bumping into a jelly fish while swimming – freaks us out.  Now picture seeing a giant jelly fish in a deep red color swimming near the beach. (Cue the Jaws theme.)

The Department of Conservation and Recreation officials said lion’s mane jellyfish were spotted in the area of Nahant Beach, Wollaston Beach and Carson Beach.  An advisory was announced and purple flags were put up to alert beach goes that dangerous marine animals are in the area. 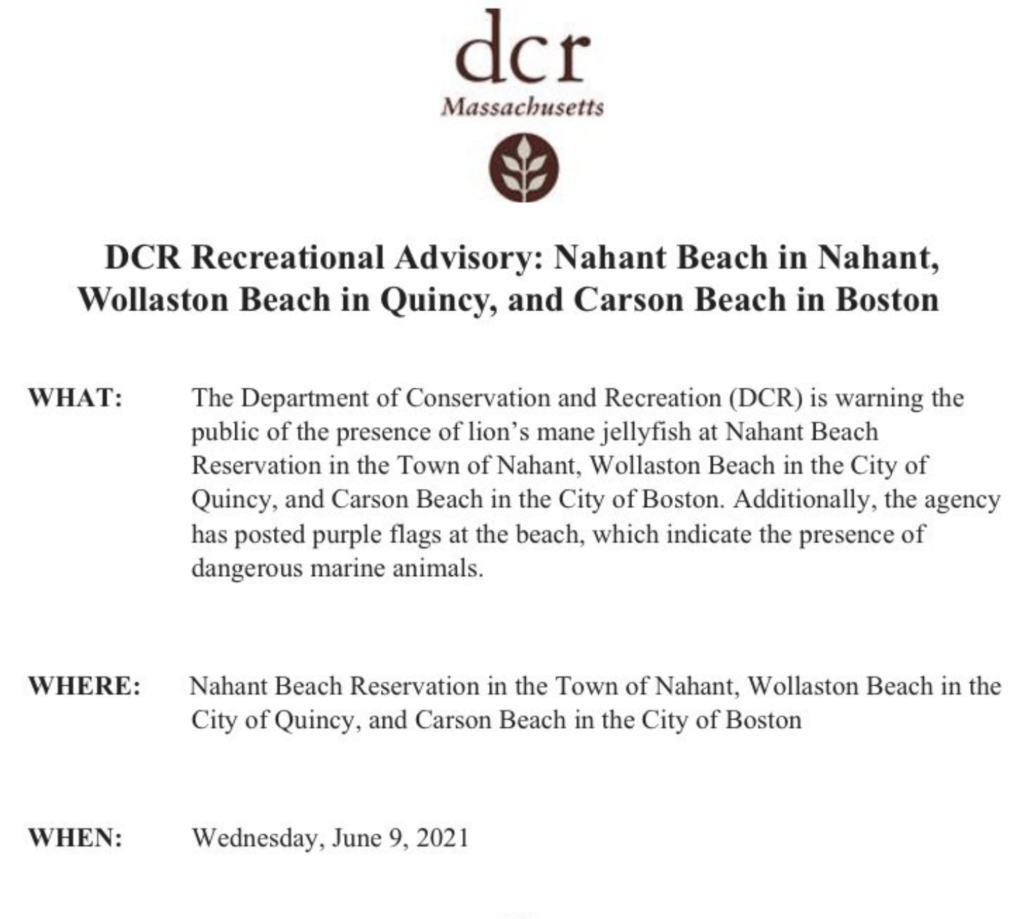 Should I be afraid?

Well, no need to run out of the water screaming if you see one but keep your distance. They can sting you.

Is it strange to see them in Boston Harbor?

According to the Boston Globe, they have been spotted in Boston Harbor in the early summer month and they are usually on the smaller size -between 4 and 18 inches long.  The ones in the north can stretch as long as 8 feet wide.  Yikes.

Last year, one was found washed up on the beach at Pleasure Bay in Southie. 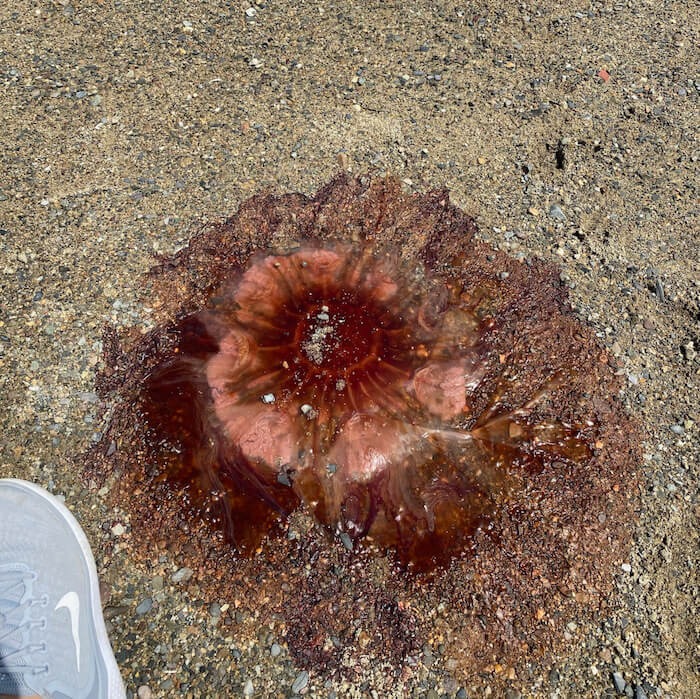 So consider yourself warned.  Between lion’s manes and mola molas in Boston Harbor, swim at your own risk.