At about 1:39 AM on Saturday November 20, 2021, members of the BPD Youth Violence Strike Force arrested Winston Cottrell, 31, of Nantucket on firearm related charges following an investigation in the area of Ceylon Street and Quincy Street in Dorchester. The officers were on patrol when they attempted to stop the suspect while he was walking down the street as part of a firearm investigation when he took off running. Officers observed the suspect holding a firearm in his right hand as he fled. The armed suspect was placed in custody following a brief foot pursuit and ensuing struggle. The officers then recovered a .40 caliber M&P handgun loaded with one round of ammunition in the chamber and 14 additional rounds in the magazine as well as a spare magazine loaded with 11 rounds of ammunition. Officers also discovered that the suspect was wearing body armor underneath his jacket. 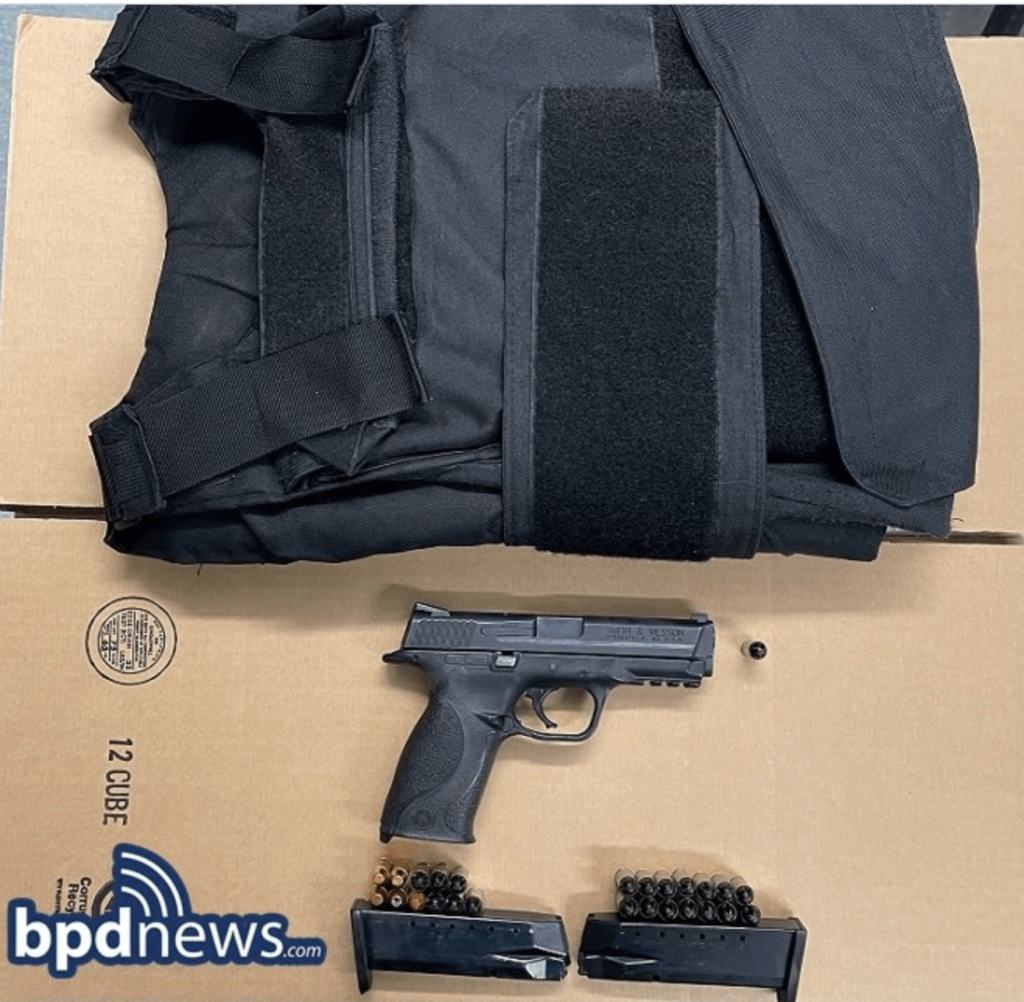