“I want to create an environment where everyone feels safe—like Cheers, but for people who can’t eat anywhere else,” she says.

Their new menu rolls out on October 11. Even better, there’ll be a sneak peek on October 17 at sister restaurant Lion’s Tail. In the meantime, she gave us the scoop of what to expect and why everyone will find something to love.

Nance says, “I’m interested in pushing Lower Mills in a direction it hasn’t gone before: being food conscious about its choices, having fresh dishes every day, making connections with local farmers—even local CSAs. I want to help make it a place for good comfort food with food purity, without straying too much from its identity as a bar. We’re taking refined food and slowing it down.”

She says she’s deliberately going against the classic Boston fare: the dime-a-dozen tavern and bar food that eaters can get anywhere. Nance says she loves taking items that people are comfortable with and juxtaposing items they might not normally associate, to enhance and complement the eating experience.

What will that actually look like? Nance gives some hints: “To compare with a tavern’s chicken wings, we have a frenched chicken lollipop with a sweet and sour agrodolce. There’s also a plant-based ravioli in house from scratch with vegan pasta dough. We’re trying to show everyone a little love: if you’re a plant-based eater, great, if not, it’s just house-made ravioli that you can add meat to if you want. No one’s missing out on anything.”

“Anyone can walk in and order something as-is. That’s my favorite thing about the menu.”

Nance is a food purist—some of her dishes only have six or seven ingredients, prepared for maximum efficacy. She’s also a plant-based eater herself, so she knows dietary restrictions well.

I ask her what she would make me, given my long list of inconvenient allergies. It’s a testament to her skills that she doesn’t run screaming in horror; on the contrary, she gets excited. “We’re specializing in a gluten-free pizza dough!” she tells me. “We have an autumn veggie pizza that you can do right off the menu: fig jam with baby arugula, brussels sprouts, parsnips, leeks, and rosemary oil.”

Now, Nance is taking over for opening chef Colton Coburn-Wood, who’s devoting all his time to sister restaurant Yellow Door Taqueria. “The menu and chef at Lower Mills are already incredible: it’s an amazing food profile of flavor that challenges people. For me, it’s about appreciating two artists with two specialties,” says Nance. 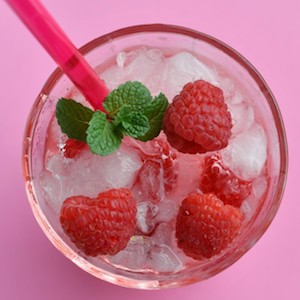 Boston Black Restaurant Challenge: Be a part of it!

Katherine J. Igoe is a freelance writer and editor who moved to Boston in 2014 with her husband (right before all the snow came). Loves writing about local food, culture, and quirks, as well as more serious things like mental health. Follow her/send her ideas on Twitter, Facebook and Instagram.