Let me start off by saying you can’t go wrong with any Thanksgiving episode of Bob’s Burgers, they’re all great!  For my personal taste, Dawn Of The Peck narrowly edged out An Indecent Thanksgiving Proposal by a Donna Summer song.  That’s right, Dawn of the Peck has a turkey attack set to a Donna Summer song, but I won’t say which one because I’m not a spoiler.  And speaking of songs, this episode also has Linda singing “turkey trot, lookin hot, do ya like these pants I got’, which I want to sing every time I see or hear the phrase “turkey trot!”

What is more Thanksgivingy than the Macy’s Parade?  Nothing! The Seinfeld gang clearly isn’t going to do a traditional Thanksgiving dinner episode, so instead we get Elaine picking salt off Mr. Pitt’s pretzels, a Dixie Land jazz café, John/Jon Voight bite marks, Jerry running in cowboy boots, a pre Walter White Bryan Cranston, a giant Woody Woodpecker balloon, AND MORE.  The great RuPaul once said “we get to choose our family” and Jerry, Elaine, George, and Kramer sure made some real choices.

Ok so Kelsey Grammar is straight GARBAGE.  And not just regular old garbage, but melty garbage that’s been sitting in the August sun for a week.  The best thing he ever did was fall off the stage in Disney World (if you haven’t seen it click HERE).  That being said, Fraiser was a good ass show.   It’s smart and funny, but the only reason this episode in on the list is Bebe Mother-F*cking Neuwirth.  The woman has won multiple EMMYs and TONYs and she slayed as Lilith Sternin Crane for about a decade.

Now I know this is not a ranking per say, and I said these shows were in no particular order, but this might be my favorite.  Want to know how old I am? I am exactly “I remember finding out what Norm’s wife Vera looked like was a big cultural deal” years old.  Cheers had been on for four years but we had yet to see Norm’s long-suffering wife Vera, despite the fact that Norm talked about her regularly.  Vera was supposed to stop by Thanksgiving dinner at Carla’s and fans were finally going to get their peepers on her! In the interest being spoiler free I won’t tell you what happens, but this is an 80s sitcom that went on to give us a wedding that had attack dogs, a drunk minister, and a dead body in a dumbwaiter, soooo…And just a couple little fun asides, the gang bemoans traffic and the best route to get to Carla’s (93 is a mess, you didn’t take Mass Ave) that’s even more relevant now than in 1986, Norm and Vera were married in real life, and Carla Tortelli has LEWKS.  In the episode opener she wears a killer aqua western shirt complete with embroidered yoke, and at dinner she dons a short sleeve leopard print belted jumpsuit. I would immediately add both these pieces to my next Rent The Runway shipment.

I’m going to be honest, More Like Stanksgiving is not one of my favorite Happy Endings episodes, I just really wanted a space to talk about Happy Endings.  Mad About You, Roseanne, Full House, 90210, Will and Grace, Veronica Mars, everyone is getting reboots but the one show that really deserves it and whose fans really need it, Happy Endings.  I want to know if Penny found love! Did Jane and Brad have kids? Were Dave and Alex ever able to figure it out? Is Max still alive? I have so many questions! Anyhoo, More Like Stanksgiving is a fun episode!  We get to see how Brad met Jane and made his way into the group, he and Max were on a season of The Real World that never aired because one of the housemates was an arsonist, and the old Real World episode blesses us with Penny in a ridiculously dated wig and Juicy velour tracksuit, something to truly be grateful for on this day of thanks.

Reunion is not technically a Thanksgiving episode.  Liz Lemon goes to her high school reunion, and we all know 96% of high school reunions happen during Thanksgiving week, so I’m counting it.  I absolutely love 30 Rock. The jokes are fast, furious, and absurd, and Reunion is no different. I haven’t seen this episode in ages and laughed out loud multiple times when I watched it for “research”.  Liz heads home and comes to the realization that she wasn’t bullied in high school, she was the bully. Her classmates may hate her, but they love Jack who is pretending he also graduated with them. How does he manage to pass off going to high school with people much younger than him?  Because “rich fifty is middle class thirty-eight”.

Friends The One With All The Thanksgivings Season 5 Episode 8

This was another toughie, Friends Thanksgiving episodes are all classics in their own right.  After much careful consideration I had to go with the flashback heavy The One With All The Thanksgivings.  I love fat Monica, pre nose job Rachel, mustachioed Ross, Flock of Seagulls Chandler, then Miami Vice Ross and Chandler, and even leather vested Joey and World War I French nurse Phoebe.  We learn why Monica lost all the weight, and we get the classic Friends turkey on head gag. Solid episode all around, good work everyone.

Another close call!  Homer The Moe was neck and neck with Bart Vs Thanksgiving, but Homer The Moe has an appearance by REM so advantage Homer The Moe.  When Moe does the bar over with a much hipper aesthetic and clientele, Homer and the gang are left out in the cold, so they turn Homer’s garage into their new watering hole, by way of hunting lodge.  Homer The Moe has everything a good Thanksgiving episode should, ghosts, booze, digging to China, turkey hunts, and a tofurkey dinner cooked by Michael Stipe.

Over The River And Through The Woods might be the most infamous Thanksgiving episode ever!  And I bet most of you whippersnappers have never even heard of it! Well your parents have, and they love it.  Oh wait maybe your grandparents have? I’m gonna stop now, but I would like to go on the record saying I am not old enough to have watched this episode in real time, I just have an appreciation of Nick at Night.  So, Dr. Hartley (Bob Newhart) is spending Thanksgiving with a ragtag group (one of his patients, a neighbor, and a coworker) because he doesn’t want to spend it with his wife’s family square dancing and skipping stones.  What could be a bummer, four lonely dudes stuck with each other on Thanksgiving because they don’t have anyone else, ends up a drunken good time sprinkled liberally with knock-knock jokes. I love the Bob Newhart Show, and if you’d like a little more may I suggest my favorite episode, The Modernization Of Emily.

The Sopranos He Is Risen Season 3 Episode 8 HBO

Let me start off by saying I hate Ralphie.  If you are team Ralphie or a Ralphie apologist you can get the hell out right now.  Moving on. He Is Risen sounds like the title of an Easter episode, but its just what Janice’s narcoleptic boyfriend says at Thanksgiving dinner.  On the one hand this episode has way too much Meadow for me (I hate Meadow), but on the other we’re introduced to Gloria Trillo (queen Annabella Sciorra) who later would throw steak at Tony, iconic.

Alright, that’s my ten picks!  There are a few famous/infamous episodes I left off, The Gang Squashes Beefs, Slapsgiving, Turkeys Away, but that’s my prerogative and you’re just going to have to deal with it.  Did your favorite Thanksgiving themed episode make my list? Do you even have a favorite Thanksgiving episode? Are you more of a Thanksgiving movie person? I love Grumpy Old Men!

BTW, Happy Thanksgiving!  I’m thankful none of you will say anything mean in 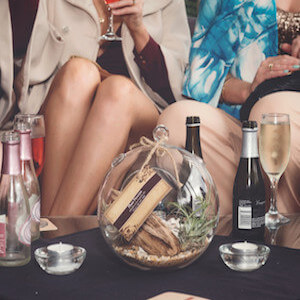 An Interview with Tambo from Bred